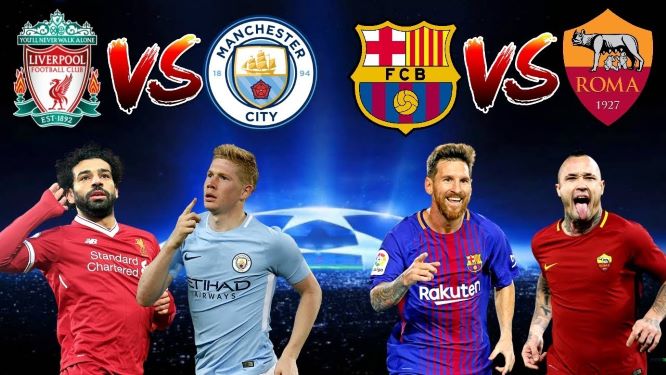 Real Madrid won the Champions League last year to record their fourth title in five seasons. However, they are struggling at the moment this year. They lost 5-1 against Barcelona and that proved to be the end of Julen Lopetegui at the Bernabeu. They may still recover but right now they are looking less likely to win the Champions League.

Below are the three best teams who are strong favorites for winning the Champions League.

Manchester City won the Premier League title last season by a record-breaking 100 points. City fans were expecting their team to shine in the Champions League too, but they failed to shine on the European front. Their Champions League campaign was ruthlessly ended by Klopp's Liverpool.

Guardiola's side seems more prepared for the elite competition this time. their legendary manager Guardiola, who suffered two successive defeats at Anfield, changed his style of play the last time he visited Liverpool's home and earned a draw that time. It seems like they are learning from their past mistakes.

After suffering the early setback against Lyon, Manchester City won easily all their remaining three matches. In their previous CL match, they crushed Shakhtar Donetsk 6-0 and are now at the top of their group. Their team can boast of having some of the best players in the world. Kevin De Bruyne is currently injured but David Silva is bringing the quality in the midfield. Their manager Pep Guardiola has the experience of winning the Champions League while he was at Barcelona.

Besides the Champions League, Manchester City is also one of the top favorites of bookmakers for winning the Premier League title. They are easily sitting at the top with 9 victories. However, Liverpool and Chelsea can give City a tough competition for the title. You can get your Premier League betting guide at freebets who are giving the best offers and promotions from all the leading bookmakers of the world.

You might like the offer of William Hill who is giving the amazing Bet £10 Get £30 free bet offer. The offers of Coral and 888Sport are also very enticing. Coral offers Bet £5 Get £50 while 888Sport is giving Bet £10 Get £30 offer. With MoPlay free bet, you can get £30 on depositing £10 while Bet365 can get you £100 in Bet Credits. Do also check out the offers of Dafabet, Betfair and Betvictor.

It was a big shock for Barcelona fans when the Catalans were knocked out of the Champions League by Roma. Such an early departure from the competition looked unlikely when they had crushed Roma 4-1 at the Camp Nou. However, Roma registered an emphatic 3-0 victory at the Stadio Olimpico and ended the Champions League campaign of Barcelona. On the home front, Valverde's side was absolutely brilliant. They won both the Copa del Rey and the Liga title.

For this year's Champions League, they are one of the top favorites. Their star player Lionel Messi is still firing for the Catalans. The Argentine forward has scored 7 goals in La Liga and 5 goals in the Champions League so far. In his goal-scoring endeavors, he is greatly being helped by Luiz Suarez and Philippe Coutinho.

They are in a difficult group this season. However, they will probably surge ahead of their rivals and qualify for the round of 16.

The attacking trio of Liverpool is well known in the footballing world. They were instrumental in getting Liverpool to the final of the Champions League last season. Though they lost the final, it should also be kept in mind that they defeated Roma and Manchester City on their way to the final.

Also, they have done some really good signings by bringing in Alisson, Fabinho, Naby Keita and Xherdan Shaqiri.