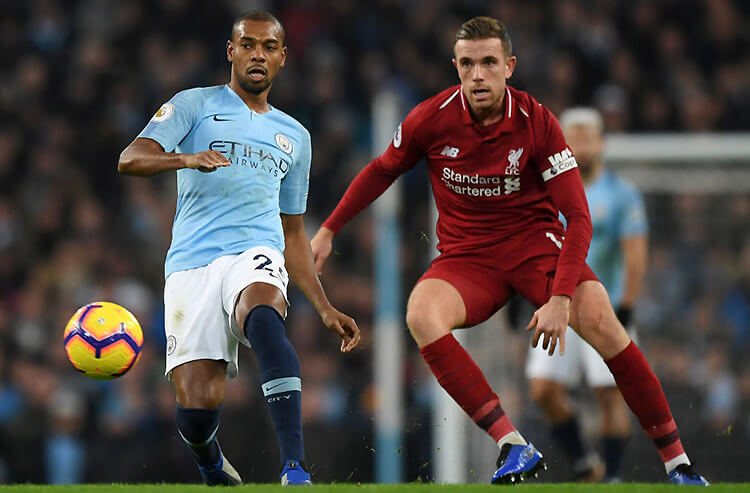 What draws the most attention besides the title chase, and the battle for the top goalscorer, is the Champions League race. We saw last year that competing for the finish among the top four places in the standings were more exciting than one might think. The final few rounds saw four teams battling for two spots, bringing a lot of excitement into a pretty dull championship.

As soon as City jumped over Liverpool, the situation was clear regarding the title race, and the only thing which made the EPL in the center of attention was that action for the third and fourth place.

Apart from the two above-mentioned clubs, no other side is safe when talking about the UCL spot. Several teams will compete for the other two places which lead to the most prominent competition on the European continent. Now, if you wish to back up your favorite club and gamble a little bit, we have a nice offer. Follow the link and get a free bet from Ladbrokes. You can use it for other bets, as this bookie gives all sorts of options. Right now, this bookie gives us good offers on our choices. Tottenham's top four finish is at ½, Chelsea's 11/10 while Man Utd's and Arsenal's stand at 6/5.

The biggest chances to end in the top four has Tottenham. A team who was close to City and L'Pool for two-thirds of the previous campaign has an excellent team which even might interrupt the plans of the leading duo. Manager Mauricio Pochettino has a core which is together for a long time, and it is upgraded with a fantastic midfielder Tanguy Ndombele. When looking at their preseason games, after beating Juventus and Real Madrid, there is no doubt that the Spurs have the quality to be at least third.

Manchester United is next on our list, and the Red Devils are also the biggest question mark here. They are loaded with potential, but on the other side aren't consistent at all. Plus, they have to deal with certain things in their squad. Paul Pogba wants to leave, and is allegedly unhappy with his future at the Old Trafford. Meanwhile, the team intends to use Romelu Lukaku to take Paulo Dybala from Juve and some cash, which will be used later to buy Sergej Milinkovic-Savic from Lazio. If everything goes well, Solskjaer could have one young and very fast team, which will be unpleasant for any opponent.

Chelsea has a young team because of a transfer ban, but the Blues posted solid results in the preseason events. They defeated Barcelona 2-1 and showed that they have talent. Additionally, Frank Lampard leads them, which is a huge plus as he knows how the system works at Stamford Bridge. Except for Christian Pulisic, there aren't any new faces. Despite all that, that should be inadequate to make it to the Champions League.

Regardless of all the preseason noise, Arsenal, who is always at the top of the English football, doesn't seem to have enough strength to snatch one of the top four spots in the EPL. Unai Emery signed a superb forward Nicolas Pepe, but on the other hand, left his defensive line without a notable addition. As always the Gunners will suffer a massive disappointment at the end of the season.