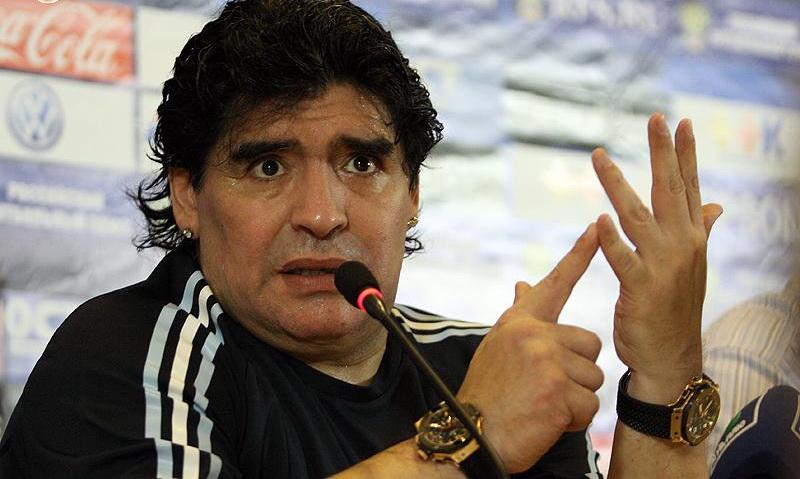 The Argentinian football legend Diego Maradona has found himself in the spotlight again after taking over the management of Gimnasia y Esgrima La Plata, locally called El Lobo (the Wolf). The football club, which is currently 18th in the Argentinian Superliga and at the bottom of the Primera Division, has been facing relegation for poor performance. The team has only gained one point in the past five matches.

This will be the first coaching stint for the 58-year-old Maradona’s in Argentina since 2010 when completed a two-year management contract that took the national team to the 2010 World Cup quarter-finals before they were beaten by Germany. The 1986 World Cup-winning captain (it was the two goals scored by Maradona during the game against England that have gained him the status of a football hero) will be at the helm of Gimnasia until the end of the season. This will be Maradona’s sixth club management gig. He previously managed a second division Mexican club Dorados de Sinaloa, which he failed to advance into Mexico’s Liga MX. Maradona is said to have left the role in June due to health issues—he has recently undergone a knee operation.

While Maradona’s football career has not always run smoothly, Argentina’s football fans are rejoicing. The recipient of Fifa’s Player of the 20th Century award was banned from football for doping at the 1994 World Cup. He then coached Textil Mandiyú who ended up relegated before coaching Racing Club for the 1995 Clausura, all with little success. According to the sports expert from MONEDEROsmart, this is not hindering Argentina’s excitement, as everybody in the country is looking for a distraction from the economic turmoil and record inflation. With Sebastian Méndez as his assistant, it is hoped that Maradona will be able to save Gimnasia from relegation. In a recent statement, via The Guardian, the club announced that it has full faith in Maradona’s abilities as a coach: “With his last two teams, he succeeded in consolidating a clear and competitive playing style.”