By Sam Blakeley, writing from London

To the uninitiated, the ‘number 10’ in football is that archetypal player who links midfield with attack, floating between the two and becoming the playmaker of the side. He must be blessed with vision, composure, awareness, and an incredible range of passing, culminating in an almost extra-sensory ability to control the game and be within and without everything that happens going forward for the team. Historically these players have also been ground-breaking skill players, popularising and even inventing their own incredible pieces of flair, from the ‘Cryuff Turn’ to the ‘Flip-Flap/Elastico’. The ‘number 10’ moniker is due to the fact that this positon was traditionally given the number 10 shirt - in the days when a number would denote the position in which the player would operate.

Notable examples are Zidane, Pele, Ronaldinho, Cryuff, Maradona, Bergkamp, Messi, Cantona…essentially those players who are seen as the best of all time. Very rarely will you find a player from any other position winning the prestigious awards. Fabio Cannavaro (a central defender) made waves in 2006 by winning the Ballon D’or (basically the world player of the year). I would submit that the only reason Zidane didn’t win that year was becase of that headbutt, but nonetheless the point is there: we love the number 10, and we fully appreciate their generous talents. Many argue that England doesn’t really produce this kind of player, and really this is a lamentable omission. I can’t help but hear the distant cries of ‘Paul Scholes?’, ‘Matt Le Tissier?’, ‘Steven Gerrard?’, ’Paul Gascoigne?’, ‘Wayne Rooney?’. Frankly they were my own cries, distant because I’m currently sat on a mountain (for illustrative purposes). They perhaps do raise a good point however. There isn’t really a big name that springs to mind as easily as the Ronaldinhos and the Zidanes. Maybe this is because we have lumped those five examples (and many others besides) into either a midfielder or an attacker. Somewhere in our English conception of football there must be two central midfielders and two strikers; whoever plays in that general area of the pitch who isn’t a striker must be an attacking midfielder, and those who aren’t midfielders are just a striker who plays a bit deeper but who is still essentially a second striker - more on this later. Whether this is still the case in ten years time, once Rooney has fully established himself as one of the best number 10’s, not to mention best players, of all time is up for debate. Moreover, perhaps the reason we overlook these players is simply that none of them fulfill the real attribute that singles out the number 10 from an attacking midfielder or a second striker: the flair. 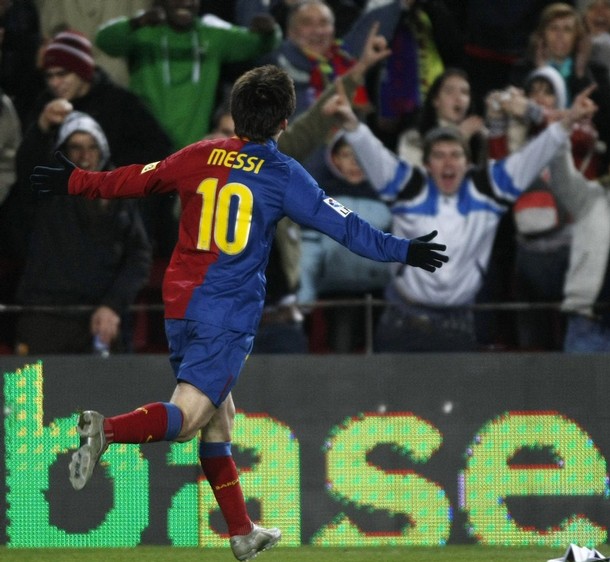 YouTube is replete with compilations of Ronaldinho bamboozling full-backs, of Messi ghosting past innumerable defenders and midfielders alike. It is also stocked full of wonderful long-range strikes from each of these five English examples. What these Englishmen lack however is this tricksy showmanship side to their game. That is not to say that one would bet against any of them passing opposing players at will, they simply don’t do it with the style and fluidity of a Ronaldo (Brazilian or Portuguese). Maybe appealing to the Sunday league playboy is what really constitutes being a real number 10. England’s answer to this conundrum: Joe Cole; who since 2006 has been a constant disappointment, with so much time and a whole nation’s misgivings to make up for.

The reasoning behind this deficit in English football, they also claim, is because of our traditional preoccupation with a very rigid 4-4-2 long ball game, relying on 6ft-plus players with positioning and strength the only required attributes. On the continent - in Spain in particular - the emphasis lies more with skillful, pacey players, and this is much more conducive of the number 10’s we love so much. I would argue that if this were the case, then the influx over recent decades of fast, skillful number 10’s - including some of the greats, such as Cantona and Bergkamp - ought to have taught us to breed our own. The word ‘ought’ in that previous sentence is probably rather salient, since we as a footballing nation are really quite reluctant to change.

Our leagues have altered beyond recognition (well, the Premiership at any rate), and we have more than gladly welcomed the likes of Gianfranco Zola and so on, but the players we produce who are eligible to play for England have not come on quite so much. At times I feel optimistic about the future of our number 10 shirt, with the likes of Rooney (and dare I say Jack Wilshere?), but then I remember that this is not a new problem. We’ve looked like archaic dinosaurs to the world of football since Hungary taught us a lesson in going beyond than lump-and-chase way back in 1953, so perhaps my optimism is misguided.

Despite all this, and even though I have seen Barcelona and Chelsea, and almost every successful team at last year’s World Cup, showcase the supermacy of the 4-3-3 in recent seasons, there is still a corner of my English breast which believes in the need for the power and the effectiveness of a Sam Allardyce’s Bolton Wanderers or Tony Pulis’ Stoke City. If you are a newly-promoted side, you essentially have two options in trying to survive: you play good football and you play it well (a feat so rarely achieved, despite Blackpool’s best efforts, and for all their esteem now, West Brom are far from firmly established in the top league - the perennial yo-yo club); or you buy a couple of experienced stocky defenders and a 6ft 4 striker who is willing to get his head onto any ball, coupled with an over-34 who has a proven 20-goal-a-season trac k  record. This is the difference between playing the sport as an artform, and playing the sport to win: the latter being something at which Jose Mourinho has excelled for years. I’m not sure that this is really the case in the more flair-friendly leagues of La Liga and Serie A. It is an oddly English thing to celebrate Wayne Rooney’s back-tracking and incredible workrate as much as, if not more than, his marauding runs forward and astounding crossfield passing.

As John Barnes so astutely put it (which I never thought I would type), we are used to thinking that there must be somebody up front at all times. When 5ft 7” Messi (shirt number: 10) is the spearhead of the most potent attacking force in the world, we are well past the point at which we need an Alan Shearer to succeed.

Who Was Your Favorite Talismanic #10?