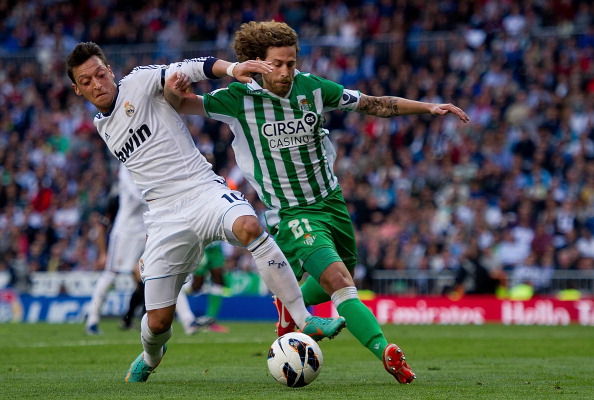 Swansea City have confirmed they have agreed personal terms with Real Betis midfielder Jose Canas, who has signed a pre-contract to join the club on July 1.

The 26-year-old's current deal with the Spanish side is set to expire at the end of this month and he will then move to the Liberty Stadium joining fellow Spaniards Angel Rangel, Pablo Hernandez and Michu in the squad.

Canas has played a key role for Real Betis, last season, helping the La Liga side book a Europa League Play-Off spot after a seventh-placed finish.

The midfielder will now  be involved in Europa League competition with the Swans, instead, following the club's success in the Capital One Cup last February, with Michael Laudrup’s side entering at the third qualifying stage.