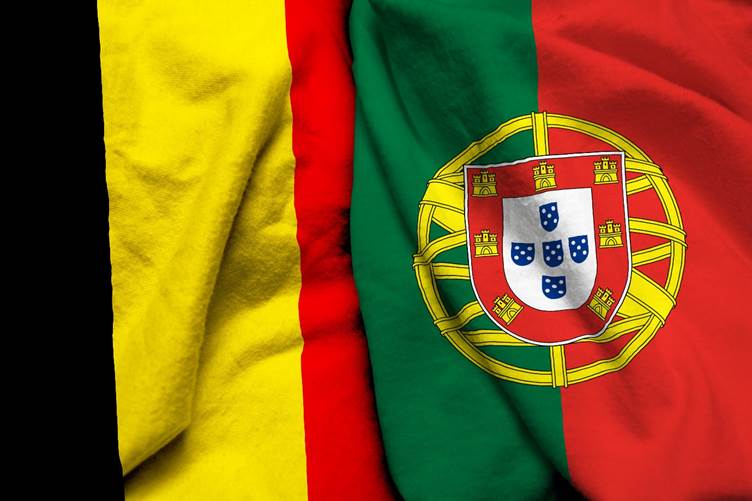 At the end of a topsy-turvy night in Group F, Portugal may well be disappointed that they could only secure third place behind France and Germany. Their 3-0 win in their opening match against Hungary had set them up perfectly to seize the initiative in the group, but a heavy 4-2 defeat to Germany left them needing a positive result against France in Budapest.

Aided by two penalties, which Cristiano Ronaldo duly dispatched, Portugal managed to secure a 2-2 draw with the world champions, and that was enough to scrape through to the knockout stage. Their next challenge is an incredibly difficult last-16 tie against Belgium, and it’s fair to say that Portugal will need to show a lot more if they want their defence of the European Championships to continue.

The Belgium v Portugal betting suggests that Belgium are the slight favourites, and it’s no surprise given the dominant manner in which they won Group B. Three wins from three matches against Russia, Denmark and Finland have ensured that Roberto Martínez’s side go into the knockout rounds full of confidence, and ready to take on anybody.

Star striker Romelu Lukaku has looked in good form, and has already notched three goals at this Euros. Portugal’s defence struggled at times against both Germany and France, and if Belgium can find their best attacking form, you can imagine Portugal struggling to keep the wolf from the door.

That said, it has not all been doom and gloom for Portugal. They have shown plenty of promise in attacking areas throughout their opening three group games, and all they have lacked is a killer instinct when it comes to the final ball, or the shot at goal. Against France, coach Fernando Santos chose to drop Manchester United’s Bruno Fernandes after a couple of disappointing performances in terms of his creativity, and it will be interesting to see what team lines out against Belgium on Sunday.

Ronaldo is leading the way in the Euro 2020 top scorers chart, with five goals to his name, although the caveat is that three of them have been penalties. But that will not bother Ronaldo, and if his confidence is high then Portugal will always have a chance. At the grand old age of 36, the Juventus man is still capable of winning a game on his own, and producing moments of magic that no-one else can.

Portugal need some of that creative spark. Penalty decisions won’t always go their way, and with Belgium having conceded just one goal so far, they’ll need to find some more coherent attacking rhythm if they want to get the better of the team ranked first in the FIFA World Rankings.

It’s probably fair to say that neither side will be happy with who they’ve ended up playing in the round of 16. Belgium will feel that their supreme performances have earned them a slightly easier tie than facing the defending champions, but you wouldn’t expect Lukaku, Kevin De Bruyne, Eden Hazard and co. to fear Portugal.

It’s all to play for in Seville on Sunday, and it’s clear that whichever teams performs better on the night will be the one to progress. It’s a tough one to call, that’s for sure!