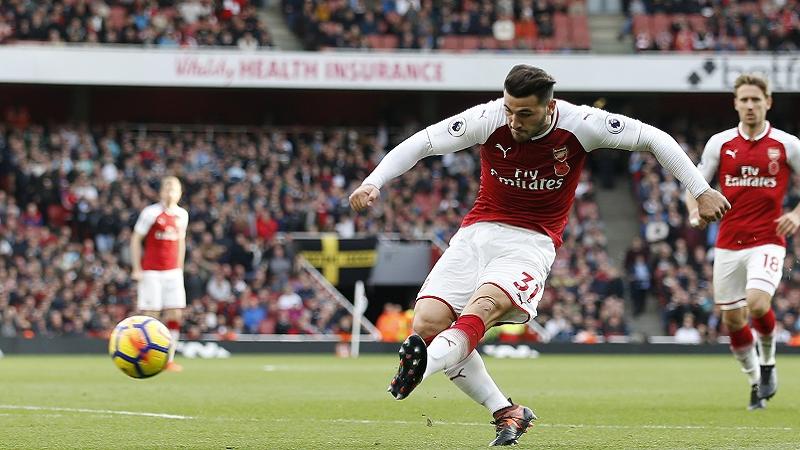 The Premier League is the leading tier of England's football pyramid. It comprises of 20 teams fighting it out for the honour of being capped English champions. From debatable red cards, spectacular goals to controversial penalties on a weekly basis, the Premier League attracts loads of world-class players thanks to its competitivity.

What will perhaps amaze you is how this competition has inspired the creation of many football-themed games. For instance, Live Football Studio combines a super-fast, easy card game with goal celebrations, chat and live match commentary. Saw the similarities? Other related games include Supreme Football, Home and Away and Hugo Goal. Play these at Aspers.com!

With thousands of games since the inception of Premier League in 1992, let’s have a look at some of its best-ever football games:

Fulham’s chances of staying in the Premier League were not looking favourable. And when they fell 2-0 down to Stephen Ireland and Benjani strikes, they looked doomed. But with just 20 minutes to go, one of the best Premier League survival bids kicked into life. Kamara, one of the stars, pulled a goal back before Danny Murphy equalised. In the last seconds, Kamara scored again to grab a vital victory.

The Reds went from being dead and buried to easy winners. Everything happened inside just 45 minutes at White Hart Lane. Dean Richards, Les Ferdinand and Christian Ziege scored on half-time. This gave the hosts a well-deserved lead. But the comeback was on when the second half kicked off. Andy Cole, Laurent Blanc, Ruud van Nistelrooy, David Beckham and Juan Veron all scored to make one of the greatest comebacks in the history of the game.

Liverpool’s dreams of a first Premier League title since 1989-90 came to an end when Chelsea defeated them before the Crystal Palace game. After 55 minutes of the game, they were cruising with strikes from Joe Allen Damien Delaney own goal and Luis Suarez. But Delaney from Crystal Palace soon found the right net before Dwight Gayle's strike two minutes later. Gayle scored again with two minutes left, leaving all the Liverpool’s fans in tears.

Simply the end of a magnificent era within the rivalry of Arsenal vs Manchester United! Patrick Vieira and Roy Keane faced off against each other for the last time in an official game. Vieira gave Arsenal the lead and shortly after, Ashley Cole scored an own goal. Dennis Bergkamp gave Arsenal the upper hand just before half time. But Cristiano Ronaldo took control after the break with two early goals. John O Shea's beautiful chip a minute from time ended Arsenal's long unbeaten home record.

By far the most remarkable of Premier League title wins! It looked like a comfortable day for the Citizens at half-time after Pablo Zabaleta's strike. But QPR surprised City in the second half by equalising through Djibril Cisse. They took the lead after Jamie Mackie great effort. As the clock ticked into the final minute, Edin Dzeko scored in the second minute of stoppage time. In the final seconds, a certain Argentine (Aguero) scored which gave City the title!

Which Premier League games have entertained you most?