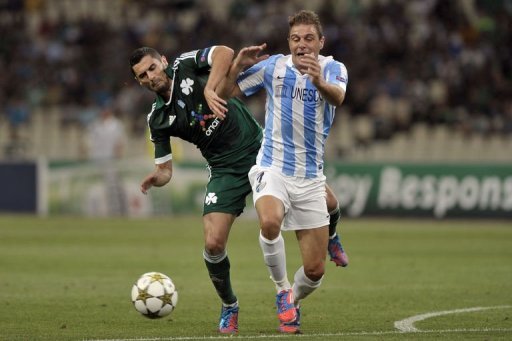 Malaga recorded an important 2-0 victory over Panathinaikos moving closer to the Champions League group stage, thanks to the efforts from Martin Demichelis (17’), and Eliseu (34’.)

Meanwhile, in Portugal, Italian league side Udinese played out a hard-fought 1-1 draw with hosts Braga. Dusan Basta broke the deadlock midway through the first-half for the visitors, while Ismaily scored a spectacular leveller in the 68 minute.

Belgian giants Anderlecht were surprisingly beaten by AEL, 2-1, in an interesting first leg play-off encounter at the GSP Stadium in Nicosia.

In the end, the visitors’ hopes for an equaliser were destroyed by Jovanovic, who was sent off for a second yellow, in the later stages of the game, as the hosting side held on for victory, ahead of the second leg at Constant Vanden Stock, next week.

You can check all of Wednesday’s Champions League results here.