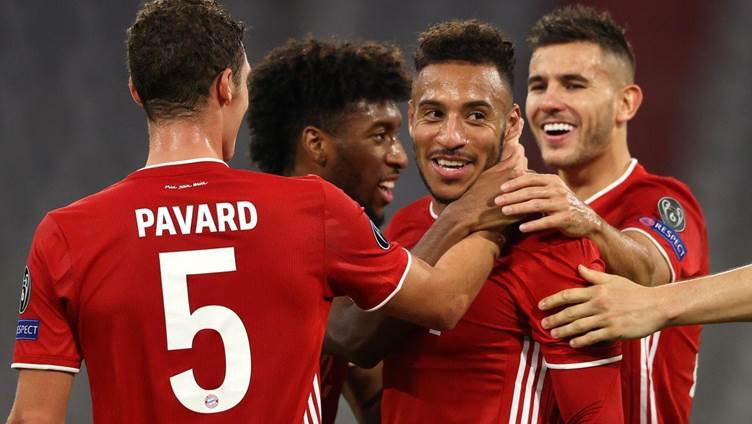 February brings the return of the greatest competition in club football, with the UEFA Champions League back for another bout of pulsating and unpredictable action.

So many of the best teams in Europe have already fallen following the group-stages and either been relegated to the Europa League or knocked out of Europe completely.

Now, only 16 of the finest European teams remain, with a shot at the biggest prize in club football just six wins away and newbettingsites.com.au has taken a look at the likely winners.

At the time of writing, English side Manchester City are the favourites at 11/4. Pep Guardiola’s men were beaten finalists last season as Chelsea ran out 1-0 winners in the last iteration of the competition. However, with a healthy lead at the top of the Premier League, Guardiola may already be turning his attention to focussing more on the Champions League. Of course, City will want to win every competition they are still in but, because this team seems to have been made to clinch a Champions League title, could they switch attention and completely focus on the Champions League?

Just behind City in the betting is Guardiola’s former-team Bayern Munich. The Bundesliga side are a 7/2 shot in Europe but they have not had everything their own way in the league, holding a fairly slender lead. Despite this, the German giants will feel good about their chances, especially as they take on Red Bull Salzburg (250/1) in the current round.

Next in the running is Jurgen Klopp’s Liverpool. The Reds are 5/1 shots and, despite being someway behind Manchester City in the league, they will fancy their chances in Europe, especially with the squad they have created. A very interesting tie with Inter Milan (50/1) will test their credentials, but most will fully expect Liverpool to come through this one unscathed.

Following on from Liverpool are reigning European champions Chelsea, who are 15/2 shots to defend their crown. A tie against Lille (200/1) will provide them with a good test of their ability but, if they are to get through this round, there will definitely be tougher challenges ahead.

A side that constitutes a good bet at 9/1 are Paris Saint-Germain to win the Champions League as they offer good value considering the power they have in their side. Isolating their front-three alone, Lionel Messi, Kylian Mbappe and Neymar constitute one of the most talented front-threes in football, and they can win matches on their own. The major problem that PSG have is ensuring the link between the front-three and the rest of the team does not cause the attackers to become isolated when looking to go forward and then leaving the rest of the side exposed by not tracking back, which has been a real issue in recent years.

Outside of these sides you can also look at Ajax (14/1), Real Madrid (16/1), Manchester United (18/1) and Juventus (25/1). Any of these sides offer a good pay out if they are to win, but they all seem someway off the pace of the likes of City, Bayern and Liverpool.