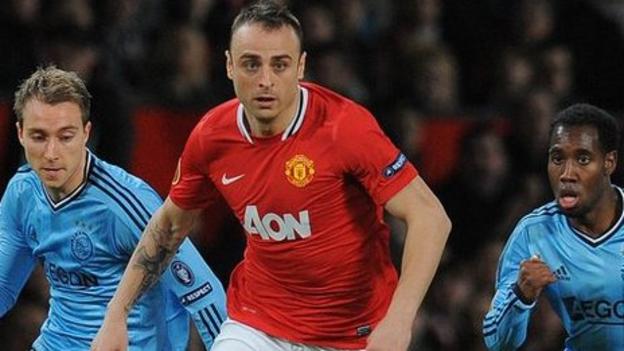 Dimitar Berbatov is eager to leave his Manchester United nightmare and is set to leave England as he is not willing to play for any other club in the Premier League.

The striker has been placed on the market by Sir Alex Ferguson after making only 12 appearances this season. The club tied the striker until the end of next season so that they won't allow him to leave for free, but his exit this summer is certain as the the 31 year-old is also eager to return to regular football playing.

However, his agent has confirmed his client is not available to play for any other outfit in the Premier League, which makes a return to Germany the most likely scenario.

“Dimitar does not want to play for another club in England. He would like to try a new challenge in another league. It has been a frustrating season and now he just wants to play football,” Berbatov's agent, Emil Dantchev, told Goal.com.

Berbatov's intention to quit the Premiership will break down any chance of a swap deal with his former club Tottenham for Luka Modric, who United would be keen on signing in the summer.

The Bulgaria international cost the Red Devils £30.75 million in 2008 and was the joint top goalscorer in the Premier League last season, alongside Manchester City's Carlos Tévez. However, he should now be available for £6 to £8 million, with Bayern Munich and Borussia Dortmund having been linked with his near future.