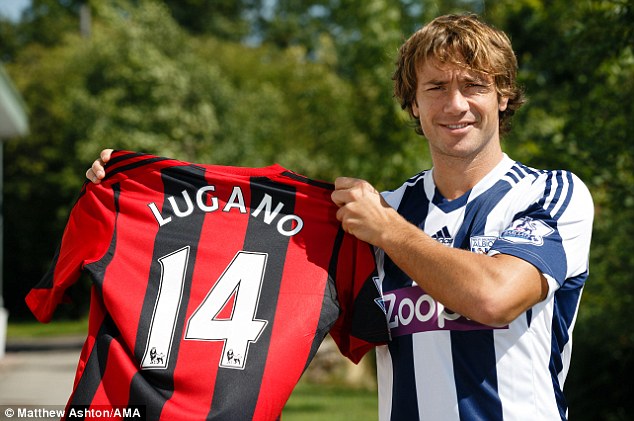 The defender has signed a two-year deal at the Hawthorns after struggling to make an impact at PSG.

The 32-year old spent the second half of last season on loan at Malaga after being overlooked by Carlo Ancelotti.

"I am very pleased to join West Bromwich Albion for the next two years," Lugano wrote on his Twitter account.

And he added: "I'm doing something that has been missing in my career, playing in the Premier League, without doubt the most beautiful and competitive league in the world.

"The challenge is to match what West Bromwich achieved last season and trying to go a step further to reach European competitions."

A PSG statement read: "Paris Saint-Germain thanks Lugano for the professionalism he has shown throughout his contract and wishes him well in the English league."