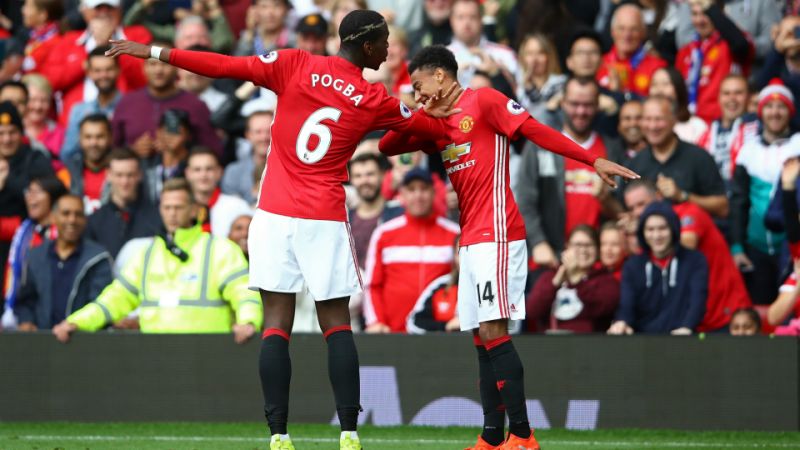 The new Premier League season finally got underway on Friday night, with Manchester United playing hosts to Leicester City at Old Trafford. United are being tipped as a team battling for the top four once again this season, but if Jose Mourinho’s recent comments are anything to go by, they could struggle to achieve that. The Portuguese manager has repeatedly expressed his dissatisfaction in regard to the club’s transfer activity over the summer, so beating Leicester 2-1 in their opening fixture is surely a positive to build on?

United fielded a strong side against Claude Puel’s men, with new signing Fred making his debut, while James Maddison and Ricardo Pereira made their respective bows for the Foxes. United took the lead after only three minutes when Paul Pogba, skipper for the night, converted a penalty after a Daniel Amartey handball. Leicester saw more of the ball and looked in good shape as they pressed for an equaliser, with James Maddison impressing.

Full time was edging ever closer and United finally put the game to bed as Luke Shaw scored his first for the club with a left footed finish past Kasper Schmeichel. The left back, criticised by his manager in the past, was played in by Juan Mata and after a poor first touch he managed to secure all three points for the home side. Leicester City did manage to hit back through Jamie Vardy deep into injury time, but it was nothing more than a consolation goal.

So, United got off to a winning start, despite the negativity that has plagued the club throughout pre-season and it was Paul Pogba who got the ball rolling. Pogba, who captained United on the night, has been linked with moves away from the club for a while after reported clashes with Mourinho, with speculation gathering pace that a switch to Barcelona could be on the cards. The World Cup winner’s agent, Mino Raiola, is said to have spoken to Barcelona chiefs about his client joining them, but United have denied this is the case.

However, Pogba has done nothing to extinguish rumours that he’s looking to leave Old Trafford for a second time after he spoke to the press following United’s victory on Friday. The Frenchman said, “You have to know one thing: a player that gets chosen and is happy, you always feel more comfortable than when he's not happy. That's all I say." After being pushed on the matter he went on to say, “if you're not happy, you cannot give your best" when asked about what represents happiness and comfort for him.” In spite of the fact that English clubs can still sell players until the end of the month, it seems highly unlikely that Manchester United will allow Pogba to leave.

This means that Old Trafford fans should expect these rumours to die a natural death and see players settle down to focus on challenging City for the title. There is no doubt the team can improve and so fans should take advantage of the fact that Liverpool are considered second favourites at SBObet and other leading bookmakers. United fans will say they’ve not seen enough of the real Paul Pogba since he re-joined the club from Juventus in 2016, but they’ll be glad that he’s already off the mark this season. There’s no denying that Pogba is a supremely talented footballer who is more than good enough to be mentioned amongst the world’s best, but he just must deliver consistently.