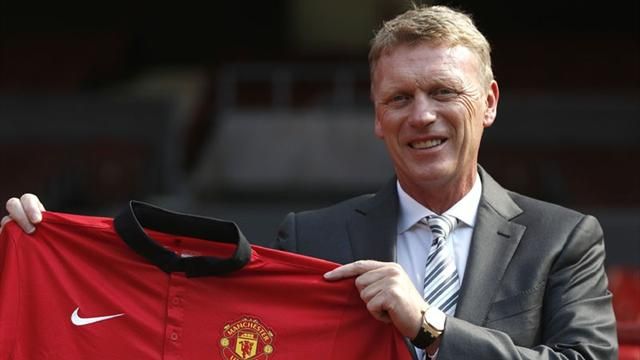 Manchester United's new manager David Moyes insists that Wayne Rooney is not for sale and will be at Old Trafford next term.

Speaking for the first time since taking the reigns at Old Trafford the Scot said that Rooney's future was the top of his list of priorities.

Moyes would not confirm if Rooney himself desired to stay at the club and the striker remains linked to a move to Arsenal in the summer.

"Whatever happened before has gone now," insisted the new United boss.

"We are working together now. I have seen a glint in his eye, he looks happy and looks as if he is going to knuckle down."

Moyes said Rooney's meeting with Ferguson "was a private meeting between two people".

"I was not privy to it," added Moyes. "I don't know what those two gentlemen said. That conversation was private and as far as I am concerned I'm looking forward to working with Wayne."