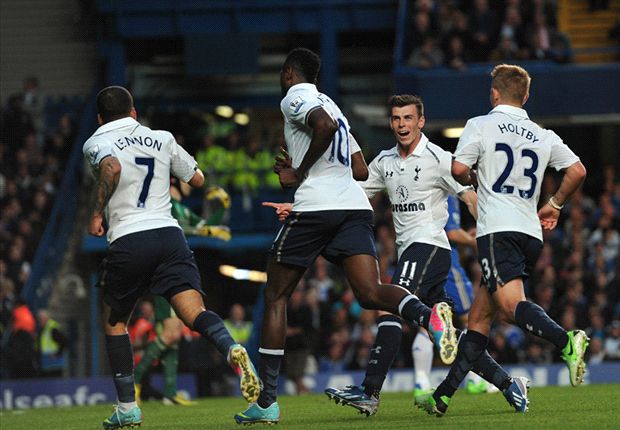 Monaco have sealed a 5-2 win over Tottenham in a pre-season friendly at the Stade Louis II on Saturday afternoon.

Things started badly for Andre Villas-Boas' side with  striker Jermain Defoe coming off after just eight minutes with what appeared to be a hamstring strain.

Then, the newly promoted Ligue 1 club took the lead (14'), courtesy of Andrea Raggi, whose  volley bounced in front of Hugo Lloris at the near post and went past the French goalkeeper.

The hosts were on the lead at halftime, and substitute Lucas Ocampos, made an instant impact by doubling their advantage, just minutes after the break with a header.

Falcao added a third soon after, collecting Ocampos's pass and making no mistake in front of goal.

Spurs finally pegged one back after 57 minutes, when Harry Kane capitalised on a loose ball in the area by slotting home.

But Falcao restored Monaco's lead soon after, once again assisted by OCampos, and just five minutes later,  Mounir Obbadi added a fifth for the Principality side.

The Premier League side managed to scored a second for their side, courtesy of Andros Townsend who skipped past a couple of challenges before fizzing low into the corner from 25 yards.