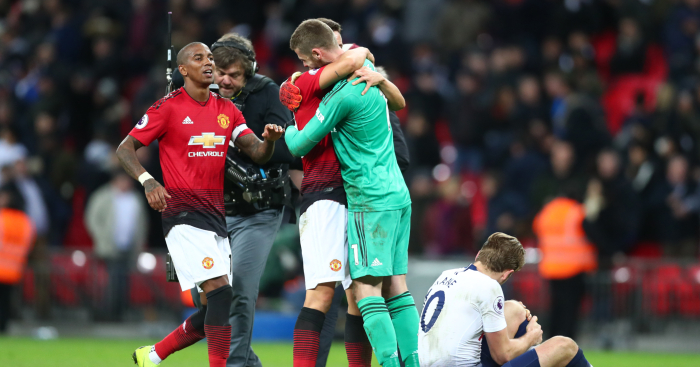 Manchester United host Tottenham Hotspur on December 4 aiming to boost their chances of securing a top four place in the Premier League. United will be slight favourites in the soccer betting odds to win the game against a Spurs team that have been struggling to find their form this season. Both sides have been unable to keep pace with the leading teams and will certainly be eager to collect three points when they meet at Old Trafford. Read on as we preview the big game.

Solskjaer still has work to do at United

The Red Devils’ disappointing defeat at Newcastle United during early October sparked talk that Ole Gunnar Solksjaer’s future as manager was in jeopardy. However, an improved performance at home to Liverpool eased some of the pressure and things have largely been on an upward curve since then. In addition to recording two victories over Partizan Belgrade in the Europa League, United progressed to the quarter-finals of the Carabao Cup with an impressive win at Chelsea. They have also beaten Norwich City and Brighton & Hove Albion in the league, but a 1-0 defeat at Bournemouth highlighted that Solksjaer still has work to do.

Spurs’ run to last season’s Champions League final had many fans dreaming that they were on the cusp of winning a major trophy. Those hopes have quickly been dashed as Mauricio Pochettino’s side have struggled to produce their best form this time around. Their performances away from home have been a particular cause for concern and is an issue that the manager must address moving forward. Some of Spurs’ top stars have performed well below expectations this season and they need to up their game if they are to salvage anything from the campaign.

Spurs triumphed 3-0 at Old Trafford in the corresponding fixture last season, but it’s difficult to imagine them repeating the trick in their latest meeting. Harry Maguire’s arrival at United has given their back four a more solid look and the team is beginning to take shape further forward. United have historically had the upper hand over Spurs and they are strongly fancied to enhance that record at the start of December. Spurs have looked lightweight away from home over the past few months and United are a good bet to secure a comfortable victory in this one.