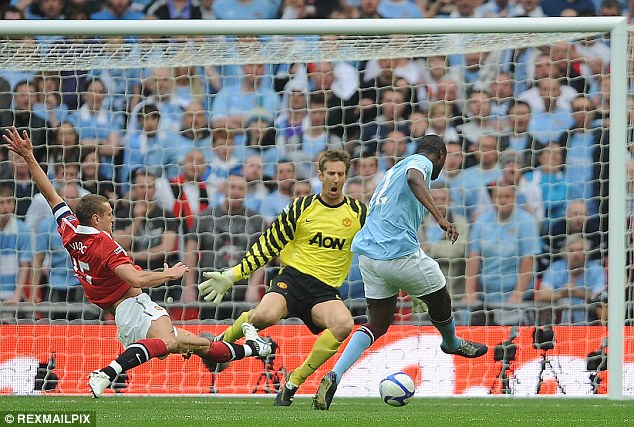 Manchester will be hosting a further fight for football domination in England as the two giants face each other at the Etihad on Sunday.

Despite not having history in its favour, it is the home side who looks most likely to progress in the FA Cup given the recent results.

Mancini’s men lost the Community Shield to the Red Devils this term, but have overhauled their neighbours in Old Trafford (1-6) in the Premier League and they were the ones to knock down Sir Alex’s men away from the FA Cup last season in the semi-final before lifting the trophy in May.

Furthermore, the Citizens are driven by a superb form while United have had an appalling New Year with two consecutive defeats against Blackburn and Newcastle.

However, Roberto Mancini won’t have an easy time picking the attacking line-up as he will be without Balotelli and Gareth Barry, while Dzeko and Samir Nasri are still doubtful.

At the back, the Touré brothers are also out of contention as they had to report to international duty with Ivory Coast for the African Cup of Nations.

On the Red half of Manchester, Sir Alex Ferguson remains with defensive issues as he won’t have Chris Smalling and Jonny Evans, nor long-term injured Vidic and Fabio. Tom Cleverley and Darren Fletcher remain sidelined.