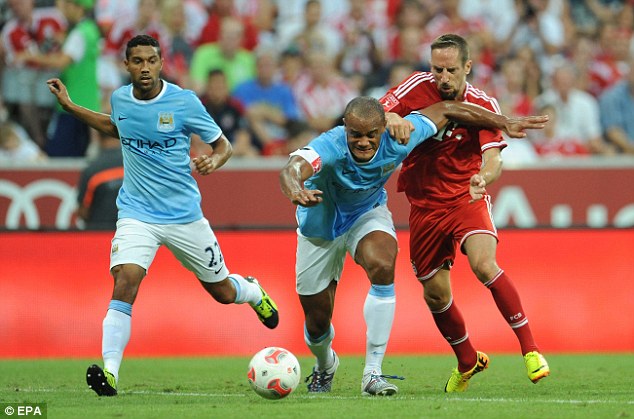 The current top flight champions will be without manager Sir Alex Ferguson for the first time in 26 years, after the retiring Scot decided to bring an end to his prestigious career, at the end of last season, and with David Moyes becoming his successor.

However,  Kompany has insisted that United are still the most likely side to lift the trophy in May.

"I think you have to keep it in the order of last season's ranking. United won last season so they will be the favourites, then it will be us, Chelsea, Arsenal, Tottenham and Liverpool," the Belgium international told Manchester Evening News.

"That's how it goes but every season it changes so we'll see how it goes. For the neutrals, it will be such an interesting season."