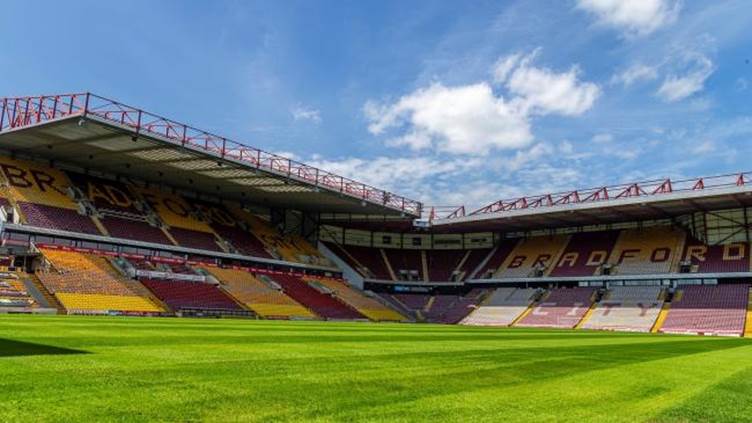 The Premier League is of course home to some of the greatest stadia in world football and it is only fitting that the crème de la crème of the English footballing world deserve somewhere befitting of their stature to host their opposition.

Some fans prefer the old classics, full of storied history like Manchester United’s Old Trafford, or Liverpool’s Anfield Stadium which generates an atmosphere unrivalled across football. Others love the modern new build behemoths, including The Emirates or its North London neighbour, the Tottenham Hotspur Stadium which opened in 2019 to mass admiration.

It’s clear this country contains some truly impressive sporting venues, many of which regularly host Champions League finals, or in Wembley’s case, the final of the Euros next year. However, further down the footballing pyramid, there are a number of stadiums of more humble design and given that fans may not be returning to Premier League grounds in mass any time soon, it might be worth taking a visit to one of these lower-league gems.

Luton Town have found themselves steadily rising up the footballing pyramid to their present day position as a mid-table Championship side, but their eccentrically unique stadium is a keen reminder of their more humble origins.

With one section of the ground built into a section of terraced housing, travelling fans have been known to walk pass the stadium two or three times before making their way into this quirky venue. With an official capacity just north of ten-thousand, Kenilworth Road is relatively small when compared to some of the huge stadiums in the Championship, which house near 40,000. However, the home of Luton Town more than makes up for its stature with a charming, family atmosphere.

Home advantage has been key to Luton’s recent success and their fans will be hoping for a swift return to Kenilworth Road next year as Luton battle their tag as one of the bookie’s favourites to avoid an immediate return to League 1.

At the other end of the spectrum, Bradford City’s Valley Parade towers over all of their League Two visitors. At an absurd 25,136 seats, the Bantam’s home venue was once a host to Premier League action, and this was perhaps more befitting its grandeur.

Renovated in the late 1980s and early 1990s following a horrific fire at the old stadium which tragically claimed the lives of 56 fans, Valley Parade can generate a deafening atmosphere, especially when packed to the rafters. Some famous days in this corner of BD8 include the defeat against Arsenal in the League cup back in 2012, which saw the ground nearly sell out. 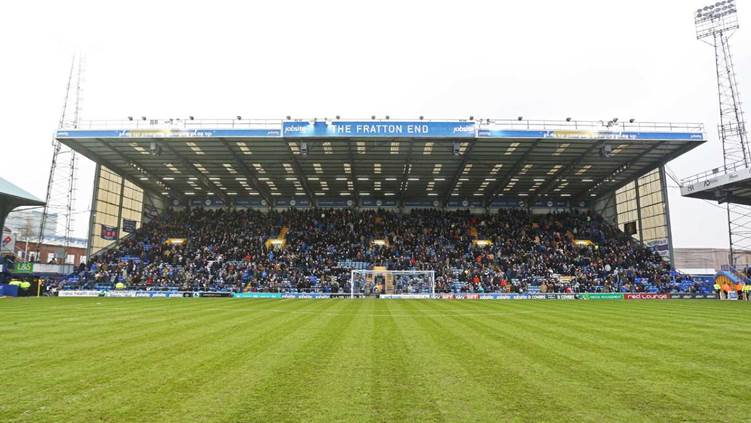 Another stadium more befitting the upper echelons of English football, Fratton Park is the historic home of Portsmouth FC.

Visiting fans can take in the fabulous mock-Tudor façade of the ground, and more geeky fans may want to tick this one of their bucket list, given that Fratton Park is the only football ground in English football not located on the mainland island Britain, instead built on Portsea Island, where Portsmouth is located.

Back when Portsmouth were riding high in the Premier League Fratton Park was a notoriously difficult place to go for visiting teams and Pompey fans will be hoping that they can soon return to their beloved home as Portsmouth battle it out near the top of League 1 as they bid to win promotion back to the Championship.

According to the latest odds and prices at some of the new UK bookmakers featured at WhichBookie, Pompey are currently 6/5 to be playing second-tier football next season, but as the season reaches its climax no doubt a full Fratton Park will help them get over the line.

One for the romantics. The story of Wimbledon is one to warm the hearts of even the most cynical of football fans. The original iteration of Wimbledon FC found success at the highest reaches of the English game, claiming the FA Cup back in 1988. However, subsequent issues behind the scenes saw the club fold, and tragically, the club were kicked out of their historic home at Plough Lane.

AFC Wimbledon were formed from the ashes of the old club in 2002, and over a dramatic rise through the lowest leagues, now sit happy in League One. The final piece of the jigsaw was complete this year, when after being locked out for almost 30 years, Wimbledon returned to a newly built Plough Lane just a few hundred yards from the original.

In the days when footballing is increasingly dominated by the egos of billionaire owners, it’s refreshing to see that community can still prosper in the beautiful game.