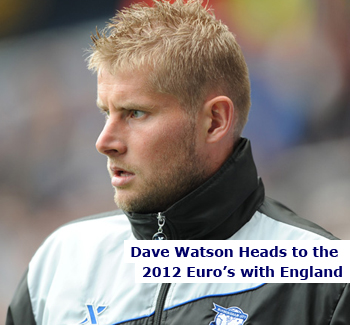 The Birmingham City goalkeeping coach, who has already worked with Joe Hart at St Andrews, will join Ray Clemence at England staff, as he has been chosen due to his vast coaching experience.

“Dave is highly rated throughout the game and is well respected by the goalkeepers who have worked with him, importantly Joe Hart,” Hodgson told reporters.

“He has worked with a number of current English goalkeepers and has experience of working with England development teams so we know he will fit in well with the squad.”

“I'm personally delighted to have him as part of the England staff at the tournament. I'd like to thank everyone at Birmingham City Football Club for agreeing to Dave working at the Euros.”