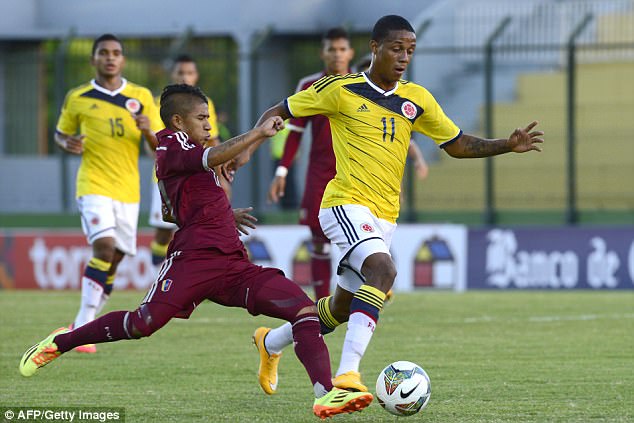 Colombia starlet Juan Fernando Quintero has admitted that it would be a "dream" to move to either Manchester United or Manchester City.

The Atletico Nacional midfielder is reportedly being monitored by several European top clubs after impressing with his performances since moving from Colombia, last year, on loan to Pescara.

"I like Inter because there are a lot of South Americans and I like Italy, but it's obvious, I won't say no to other top teams," the 19-year-old told Gazzetta dello Sport.

"I dream Milan, Juventus, Manchester. I will choose with my family and my agent. I'm fine at Pescara, I like the fans and there my child Maria Josè was born."

"My favourite role is trequartista, but I have to grow and keep working. My idol is Rivaldo. When I was kid I always wanted to see him playing at Barcelona, Milan and Olympiakos."

Quintero is currently valued at £8m.