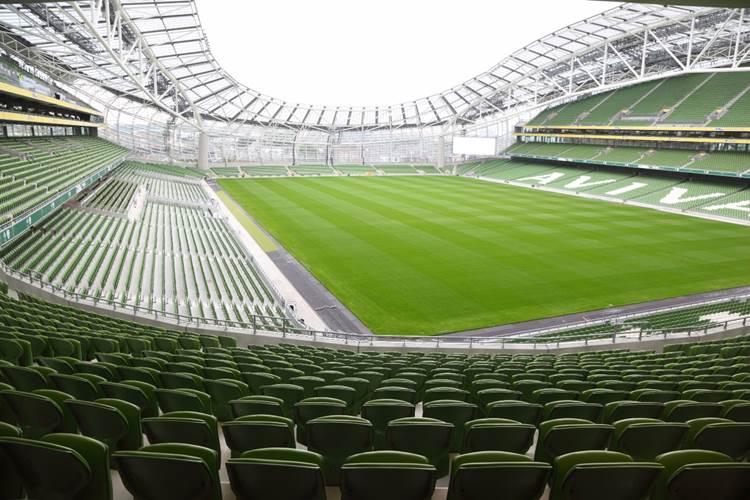 It’s fair to say that most Irish football fans expected their team to put up a bit more of a fight in World Cup qualifying than they have thus far. With just two points from five matches, it’s been a disappointing return, and there has been plenty of pressure under coach Stephen Kenny as a result.

The most recent match against Serbia at the Aviva Stadium saw a slightly more spirited display, as Ireland secured a 1-1 draw thanks to a comical Serbian own goal with just four minutes to go. With Ireland no longer boasting much chance of success in the online sports betting, the result was something of a bonus, after most expected Serbia to come out on top.

This latest round of international fixtures was a chance for Kenny and his team to regain some pride after kicking off the campaign with successive defeats — a narrow 3-2 loss in Serbia and a humiliating home defeat to Luxembourg which defied the online betting tips.

They came so close to starting things off on the perfect note. For 88 minutes, Ireland led Portugal in Faro, before Cristiano Ronaldo stepped up and delivered two killer blows which saw Kenny’s side succumb to defeat. Ireland then avoided embarrassment with a late equaliser against Azerbaijan in Dublin, before another draw with Serbia.

Kenny’s mandate has been to revolutionise the way Ireland play, introducing a passing game where previous sides have relied on long-ball tactics and old-fashioned determination to get results. His style has drawn criticism from those who believe it will not yield results in the long run, and it’s fair to say that Ireland have looked lost at times trying to play out from the back.

But there a number of factors that are at play in Ireland’s poor run of form. Compared to previous incarnations of the national team, Kenny has a lower calibre of players available to him. It used to be the case that several of Ireland’s first-team squad were Premier League regulars, but that number has dwindled in recent years.

Indeed, many of the players being selected by Kenny are incredibly young, and are just earning their stripes as opposed to being hardened internationals. The likes of Gavin Bazunu, Andrew Omobamidele, and Adam Idah are all young talents, but they need time to get a feel for the rough and tumble of international football.

Kenny has repeatedly reiterated that his project is building a team that can qualify for Euro 2024 in Germany, but most Irish fans would have expected a bit more from the team in the World Cup campaign. There has been a lack of quality and intensity at times, none more so than in the home matches against Luxembourg and Azerbaijan, and the manager will need to address these issues.

The jury is still out on Kenny, and perhaps we won’t really know how good a job he has done until Euro 2024 qualification comes around. If there is one positive to take from this international break, it’s that Ireland seemed to rise to the occasion against Serbia with a vocal home support in attendance. The return of fans could well be the missing ingredient that Kenny needs to perfect his recipe for Irish success on the international stage.