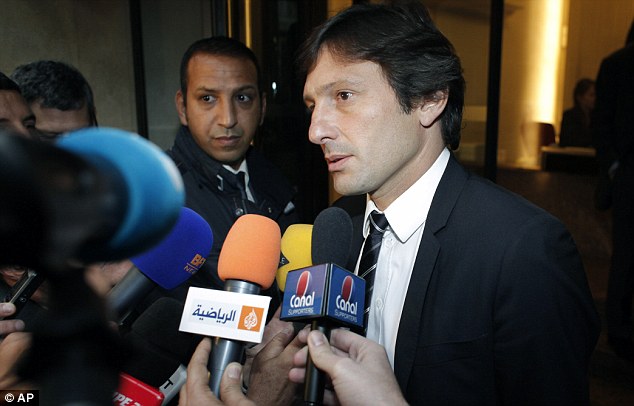 Sporting director Leonardo is set to leave Paris Saint-Germain after handing in resignation.

The Brazilian director will leave Paris when the current transfer windos closes at the beginning of September, the Ligue 1 champions announced on their official website.

Leonardo was recently banned for the whole of the 2013-14 season for pushing a referee after a game against Valenciennes in May.

"We regret his choice but respect his decision," read a PSG statement.

"We thank him greatly for his important contributions towards the project of building a top European club in Paris and wish him all the best for his future career choice."

The Brazilian as appointed by PSG's Qatari owners in 2011, and his recruitment has played a crucial part in re-establishing the club as a force in European football.