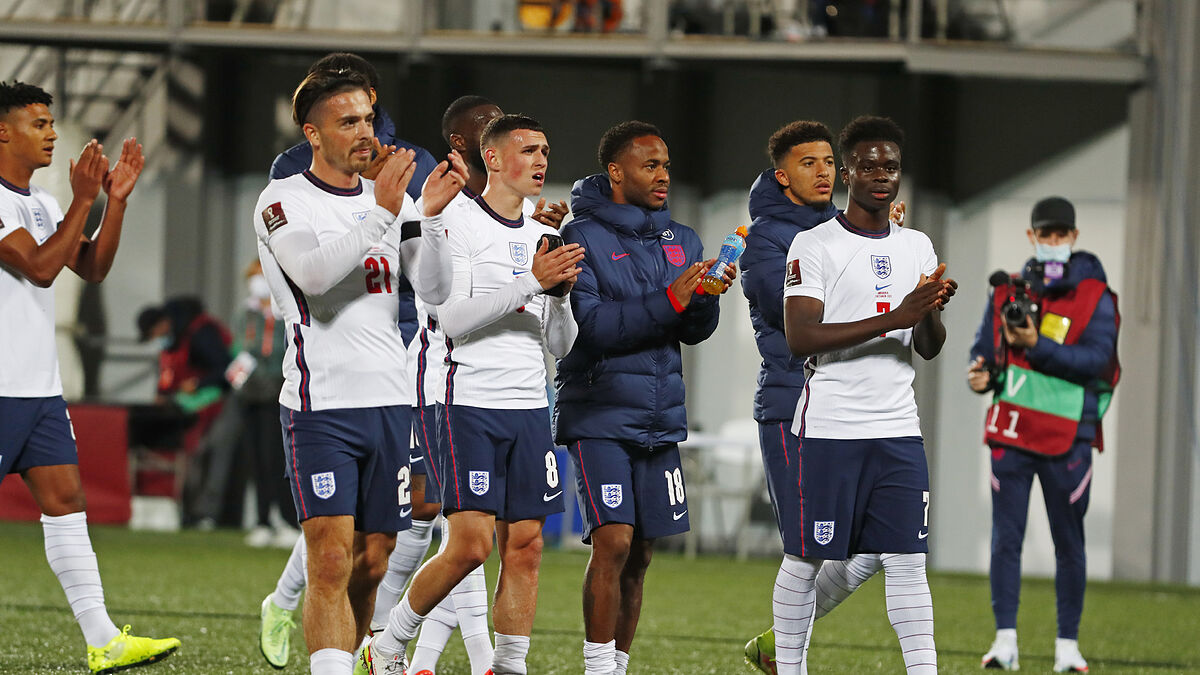 Ten European teams secured automatic qualification for the 2022 World Cup during a gripping international earlier break this month. Serbia, Spain, Switzerland, France, Belgium, Denmark, the Netherlands, Croatia, England and Germany will all be heading to Qatar next winter.

The 10 runners-up will need to go into a playoff along with two teams that performed well in the Nations League – Austria and the Czech Republic. There was heartbreak for lots of other teams, who saw their dreams of qualifying for the tournament go up in smoke. These are the top winners and losers from World Cup qualifying:

Serbia pulled off a tremendous feat in finishing ahead of the mighty Portugal at the top of Group A. The Serbs were unbeaten throughout qualifying, with six wins and two draws from eight games. They were the clear underdogs in the fixed odds betting for their final group stage match, which saw them take on Portugal in Lisbon, and they looked on course to lose after Renato Sanches handed his team the lead. However, DušanTadić fired in the equaliser and Aleksandr Mitrović headed in a last-gasp winner, which saw Serbia leapfrog Portugal in the table and sew up automatic qualification.

It was a similar story for the Swiss, who enjoyed an unbeaten qualification campaign and finished ahead of a European heavyweight in Italy. They held the Italians to a 1-1 draw in Rome on November 12, and then thumped Bulgaria 4-0 three days later to ensure they finished two points clear of the European champions. It is all the more impressive when you consider that they were missing injured captain Granit Xhaka, who seems to save his best performances for his national team.

Steve Clarke deserves a great deal of credit for the work he has done since taking over as Scotland manager. He led the team to their first international tournament in 22 years when they qualified for the Euros, and they acquitted themselves well. He then inspired Scotland to a second-place finish in Group F in the World Cup qualifying campaign. They finished four points behind Denmark, but they beat the Danes 2-0 in their final group game, which ensured they ended up seven points clear of Israel and Austria. No team will want to face the Scots in the playoffs.

It must be considered a successful qualifying campaign for the Three Lions. They scored more goals than any other team in Europe, and they also had the joint best defensive record along with France and Denmark. Les Bleus and the Danes also had very successful campaigns, but England looked terrific at both ends of the pitch, which is encouraging as they prepare to end 56 years of hurt in Qatar. It was also a great time for Harry Kane, who was the joint top goalscorer in qualifying along with Dutch forward Memphis Depay.

Sweden looked all but certain to finish top of Group B with two games remaining. They were two points clear of Spain, having pulled off an impressive victory over Luis Enrique’s men in September. That represented Spain’s first defeat in a World Cup qualifier since 1993. Yet Sweden capitulated. They suffered a shock 2-0 defeat to an unheralded Georgia team in Tbilisi and then lost 1-0 to Spain in their final game. They must now settle for a place in the playoffs, where there are no guarantees of success.

The same is true of Portugal, who could only draw 0-0 with the Republic of Ireland in their penultimate game, before losing 2-1 to Serbia. It has been a disappointing year all round for the Portuguese, who crashed out of the Euros in the Round of 16. They have a wealth of firepower at their disposal – Cristiano Ronaldo, João Felix, Diogo Jota, Andre Silva, Rafael Leão, Bernardo Silva – but they play cautious football and rarely seem to live up to their potential these days.

There was heartbreak for Finland, who finished third in Group D after losing three of their final five games. They ended up just one point behind runner-up Ukraine, meaning they missed out on a playoff place. The deciding game was ultimately a 2-1 home defeat to Ukraine on October 9. Finland went on to beat Kazakhstan and Bosnia & Herzegovina, but a 2-0 loss to France – who had already wrapped up qualification – saw them miss out. Ukraine beat the Bosnians 2-0 in their final match to edge ahead of the Finns right at the death.

Norway slumped down to third in their qualifying group after drawing 0-0 with Latvia in their penultimate game and then losing 2-0 to the Netherlands. It saw them finish three points behind runner-up Turkey, meaning they also missed out on a playoff berth. Star player ErlingHaaland picked up an injury at the worst time, and the Norwegians lacked firepower in their final two games, costing them dearly.