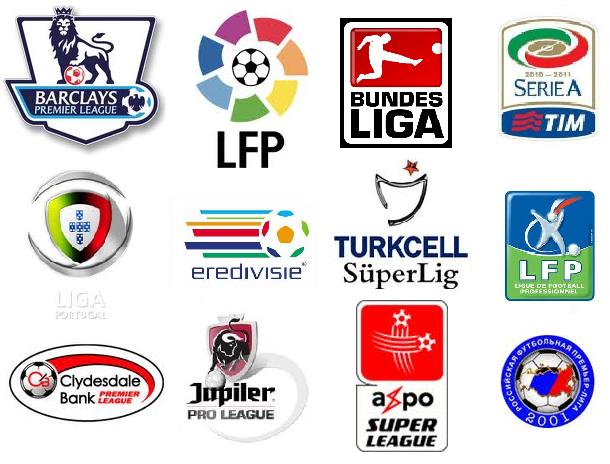 Football Leagues of the European Nations

First let's breakdown the different European Leagues and what they are most known for including their most dominant teams and players to keep tabs on.

If you’re looking to join forces with the Premier League you will need to swear your allegiance to Manchester United, Arsenal, Newcastle United, Liverpool, Manchester City, Leicester City or Chelsea. These are the top-performing teams of the EPL. The Premier League season runs between August and May. EPL teams play a series of games both home and away throughout the season with a total of 380 matches. EPL rules award three points for a win, one point for a draw and zero points for a defeat. As you can probably guess the team with the most points at the end of the season wins the Premier League title. The current top players in the EPL to keep track of are Ricardo Pereira and Wilfred Ndidi (of Leicester) and Aaron Wan-Bissaka (of Manchester United). Manchester United holds the highest winning EPL championship records with 21 wins.

Serie A of Italy

Located at the top of the Italian football league and operating as a round-robin tournament for over ninety years is what Italy has named Serie A. Winners of the Serie A League are awarded the Scudetto and the Coppa Campioni d'Italia. Often referred to as the most tactical national league in the world. The league hosts three of the world's most famous clubs as Juventus, Milan and Internazionale. Serie A League is run by the Lega Italiana Calcio Professionistico; it has three divisions of 18 clubs each. Top players in the Serie A include: Daniele De Rossi & Francesco Totti (of Roma), Antonio Di Natale (of Udinese), Javier Zanetti (of Inter) and Gianluigi Buffon & Andrea Pirlo (Juventus).