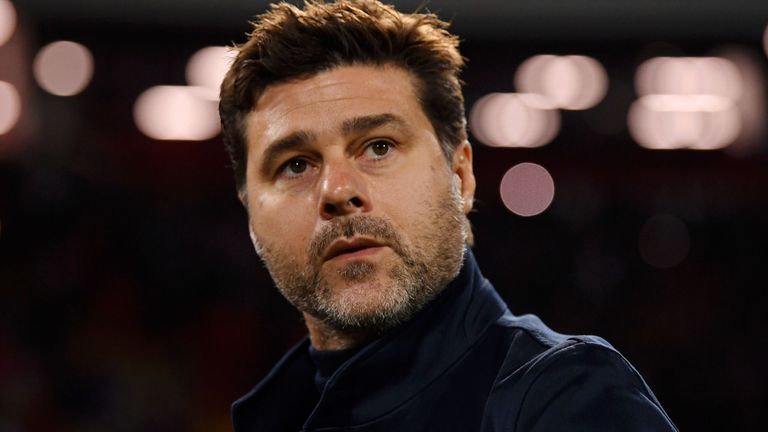 Tottenham Hotspur stunned the footballing world when they sacked long-serving manager Mauricio Pochettino and replaced him with Jose Mourinho last month. It came just six months after the Argentinean coach guided Spurs to their first-ever Champions League final, while they secured four consecutive top-four finishes in the Premier League. Results went south in the 2019/20 campaign, but Pochettino remains a very highly rated coach. Many top clubs will be interested in securing his services and the bookmakers have started offering betting odds on his next destination. These are the favorites:

The German champions sacked manager Niko Kovac after they suffered a 5-1 defeat at the hands of Eintracht Frankfurt last month. Hansi Flick was handed the reins on a temporary basis and he produced an immediate upturn in form. However, Bayern’s 2-1 home loss to Bayer Leverkusen at the weekend took some of the gloss off his start to life in the Allianz Arena dugout. Flick could still land the job permanently, but the Bavarian club may be tempted to go with a more experienced manager. Pochettino would fit the bill perfectly. He has a proven record of nurturing young talent, and he would bring considerable tactical nous to the role. Chairman Karl-Heinz Rummenigge said a decision will be made on a new coach “in the winter”, and right now Pochettino is odds-on to join Bayern Munich.

Old Trafford is the second favourite in the betting markets on Pochettino’s next destination. Man Utd have been through four managers – David Moyes, Louis Van Gaal, Mourinho and now Ole Gunnar Solskjaer – since legendary boss Sir Alex Ferguson stepped down in 2013, and none have hit the heights required of them. The Red Devils have won just four of their opening 14 games this season and they already trail league leaders Liverpool by 22 points. Solskjaer’s days look numbered, and the club could turn to Pochettino, a highly regarded coach with an in-depth knowledge of the English game and an ability to get the best out of stars like Marcus Rashford and Anthony Martial. Poch would have to pay Spurs back the £12.5 million payoff he received if he joins another Premier League club this season, but he would be well compensated at Old Trafford.

Zinedine Zidane has a somewhat turbulent relationship with the Real Madrid hierarchy. He walked away from the club in 2018 after winning three consecutive Champions League titles, as he was aggrieved at a lack of investment in the squad. They lured him back to the club earlier this year and spent a record-breaking sum on new arrivals in the summer to keep him happy, but there is a lingering sense that he might quit again. He could also be pushed, as his job was said to be in jeopardy after a heavy defeat to PSG earlier this season. Pochettino has long been linked with the Real Madrid job and that could be an option for him if he is prepared to wait for Zidane’s situation to develop.

Arsenal sacked manager Unai Emery last week after the Spaniard presided over a dreadful run of form. The club’s chiefs are not ruling out a move for Pochettino, despite his long history at their bitterest rivals. Poch previously said he would never manage Arsenal, but he may be tempted by the opportunity to stay in London and prove Spurs wrong for sacking him. The Gunners are a mess right now, so it is a big job, but Pochettino would certainly be up to the challenge if he decides that it appeals to him.

The French champions change managers fairly regularly and Pochettino could be the next man on their hit list. They dominate the domestic competition, but they are still chasing that elusive Champions League triumph and if Thomas Tuchel cannot deliver it he may be axed. Pochettino would surely be on their list of potential replacements and he could land himself one of the most exciting jobs in world football if he were to impress at the interview.

Barca boss Ernesto Valverde is also regularly under pressure. The Catalan giants have not won the Champions League since 2015, and they have suffered a number of embarrassing defeats in the knockout stages during Valverde’s tenure. They may decide to dispense with his services if he fails in Europe once again this season, and Pochettino seems like a good fit to replace him.