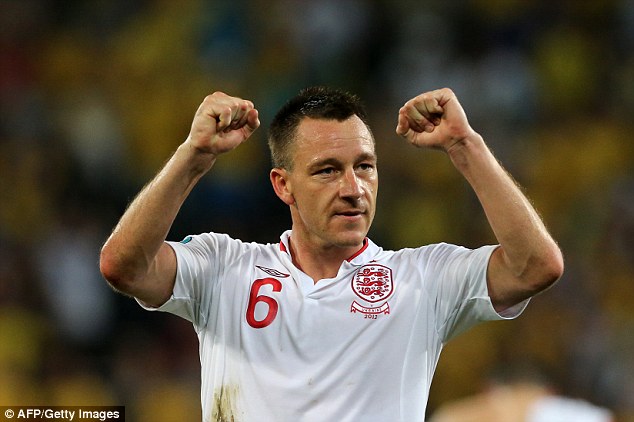 Chelsea centre-half John Terry is still awaiting a call from new England coach Roy Hodgson to learn if he will be called up for Euro 2012.

The 31 year-old was striped of captaincy by the Football Association, in a process which led to the resignation of former manager Fabio Capello, after facing criminal charges over a race row with QPR's Anton Ferdinand.

The defender is facing a court trial in July after the much-controversial racial abuse charges, which will take place only after the European championship. For that reason, questions have been made whether he should be able to represent his country with the case ongoing, especially since he would play alongside Anton Ferdinand's brother Rio.

It is understood that only one of them will earn the call-up, with Hodgson having admitted he plans on having talks with both players regarding their participation in the competition.

“I've not had any call yet but I'm focusing on the league and Chelsea at the moment,” Terry said at Chelsea's Player of the Year awards.

“Hopefully, I get the call and I'm in the squad – and that goes for many of us here. I'll always be there for my country,” he said.