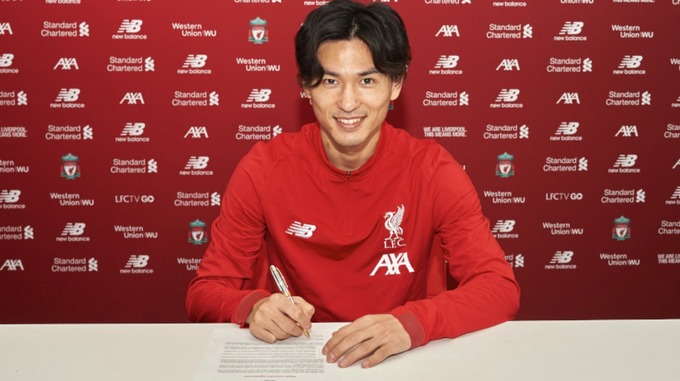 It’s rare that Liverpool manager Jürgen Klopp dips into the January transfer market, but this season he has wasted no time. With the recent confirmation that Red Bull Salzburg forward Takumi Minamino will join Liverpool on January 1st, Klopp has sent out a message that Liverpool will not be content to rest on their laurels this season, that there is always room for improvement even if they are firm favourites for the Premier League title in football odds and betting.

Having activated Minamino’s £7.25m release clause, the transfer comes at something of a bargain for Liverpool, but the small fee belies the talents of the Japanese international. He has been an invaluable member of the Salzburg front three that have scored goals for fun both domestically and in the Champions League. Minamino has been the key creative presence to provide support to Erling Braut Håland and Hwang Hee-Chan. The trio have scored a combined 46 goals for the Austrian club this season, Minamino and Hwang scoring nine each while Håland sits on a remarkable total of 28 already.

Liverpool were able to see first-hand the qualities of Salzburg’s attacking players in the Champions League, where the two sides were drawn in the same group. In a rip-roaring contest at Anfield, all three were on the scoresheet as Liverpool won 4-3. But it was Minamino in particular who caught the eye, dancing around Liverpool’s defenders as though they were training ground cones, shifting and shimmying with a delightful deftness of movement, providing the intricate, delicate tones to counterbalance the more rudimentary notes of Håland.

He seems a perfect fit for Liverpool’s similarly rambunctious attack. He’ll face a challenge to oust one of Sadio Mané, Mohamed Salah or Roberto Firmino out of the Reds’ first-choice 11, but strength in depth in forward areas is something that Liverpool have perhaps lacked this season. While Divock Origi will forever be a club icon for his goals against Everton, Barcelona and Tottenham Hotspur last season, his form has a tendency to drift in and out. Xherdan Shaqiri has suffered with injuries this term and has not been able to hit the heights Klopp demands from his attackers. Although Rhian Brewster is an exciting young talent, he is not quite ready to make the step up in a side full of such quality.

Minamino provides an extra option for Klopp in what will be a jam-packed second half of the season. With Liverpool expected to be fighting on three fronts – the Premier League, the Champions League and the FA Cup – they will need all hands to the pump. Minamino is the kind of player who can create moments of magic, and even if he doesn’t break into the starting 11 right away, he’ll be a great option off the bench for those games where Liverpool are struggling and need a bit of attacking inspiration.

While his development has been steady since joining Salzburg in 2015, under Klopp he has the opportunity to reach his full potential. The German is a manager who fully embraces the kind of attacking talents Minamino has to offer, and is one of the best man-managers in the world. Even if the 24-year-old struggles to settle at first, given the language barrier and cultural differences, you feel that under Klopp he has a coach who will provide maximum support and who will ultimately get the best out of him.

Liverpool have got their hands on one of Europe’s most exciting forward players. If recent history shows us anything, it’s that Klopp and Liverpool’s recruitment team rarely make poor decisions in the transfer market. For that reason alone, Reds fans have a lot to be excited about with the addition of Minamino to the team’s already outstanding attacking options.