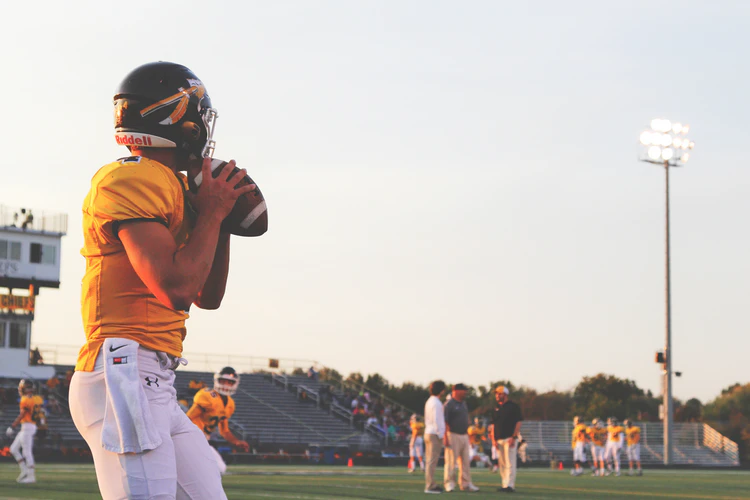 Whether you’re an athlete or not, sports are just incredibly entertaining. You don’t need to play any particular sport to appreciate the sheer athleticism and excitement that come with sporting events, and that is why they’re adored by millions across the world. There’s nothing quite like sitting down in front of your TV, waiting for the outcome of a thrilling match. It’s definitely no surprise that football (or soccer in the USA) is the most popular sport in the world, but sometimes people confuse American football with soccer. So what exactly is the difference?

There are quite a few differences between football and soccer, but there are some similarities as well. Football came a little while after soccer, and it differs in terms of gameplay and the rules. For starters, there are no limitations to substitutions when it comes to football, unlike soccer where you’re limited to just three. Naturally, the former is also much more physical, and it’s quite the definition of a contact sport, and injuries are much more frequent there. In other words, most of the legal things you can do in football are considered fouls in soccer, from tackles to head-butts.

In soccer, only the goalkeeper can touch the ball by hand, but in football, all players are allowed to do it. You can score a goal in three different ways here, a touchdown, safety, or a field goal. Each has its own points, and the tally is added at the end of the game to declare the winner.

Soccer is inherently different in that it’s played by feet for the most part, and only the goalkeeper can use his hands during the game –– players also use hands for a throw-in when the ball is out. The game has been significantly growing in popularity across the world, even in countries that didn’t use to care about it in the past. The people at Top Corner Soccer Reviews claim that there are more people playing soccer than football in the United States today, which is quite staggering considering the fact that it wasn’t a very popular sport in America before the 90s. But things have definitely changed and it’s now one of the most popular sports in the country, and the national women’s team is even considered the best in the world, winning the previous two versions of the FIFA Women’s World Cup.

Other differences include the scoring system, where any goal in soccer equals just one point, whether you score it by hand, feet, butt, or head –– and in Maradona’s case, one time by hand when he blindsided the refs in a quarter-final match in the men’s world cup back in the 80s.

It’s not really hard to notice the difference between soccer and football. You only need to look at the players’ gear, which is significantly more in football with all the protective padding and helmets. Still, both sports are equally entertaining, and each has its legions of fans all around the world. Even if you are a fan of just one of them, you’d do well to check out a match of the other, and you might just find yourself liking it.