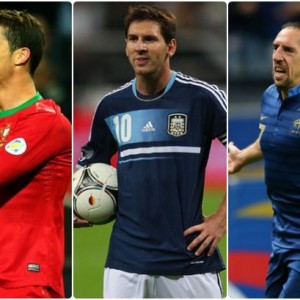 Bayern Munich winger Franck Ribery has expressed his ambition to win the Ballon d'Or this year, admitting this year might be his last chance to claim the prestigious award.

The France international believes he may never win the individual award again, if he fails to emerge victorious this year.

"The Ballon d'Or? One could say that it's now or never for me. I have had a very good season," Ribery told Kicker.

"I notice that a lot of people would like to see me win this award.

"What I am most happy about is what I have done last season and what we achieved as a team."

The 30-year-old did not make the top 20 in last year's Ballon d'Or which Lionel Messi won for the third consecutive year running, but Borussia Dortmund attacker Marco Reus recently said the Frenchman is one of the favourites to win the acclaimed prize.