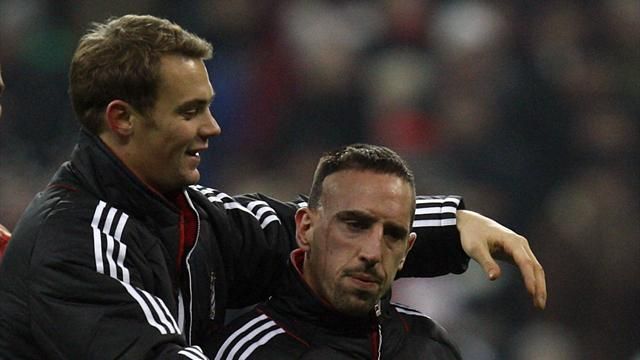 Bayern Munich and Dortmund go up against each other for the first time since the Champions League final in the DFL-Supercup and the Bundesliga Champions will be without stars Franck Ribery and Manuel Neuer.

With Bayern Munich winning the treble last season and under new coach Pep Guardiola it is expected to be a thrilling match to kick off the German season.

Neuer and Ribery picked up knocks in Bayern's 2-0 friendly win over Barcelona on Wednesday and Guardiola has decided not to risk the pair ahead of the new season.

That means second-choice keeper Tom Starke is likely fill in for Neuer, while FCB's plethora of midfield options should mean Ribery's absence is adequately covered.