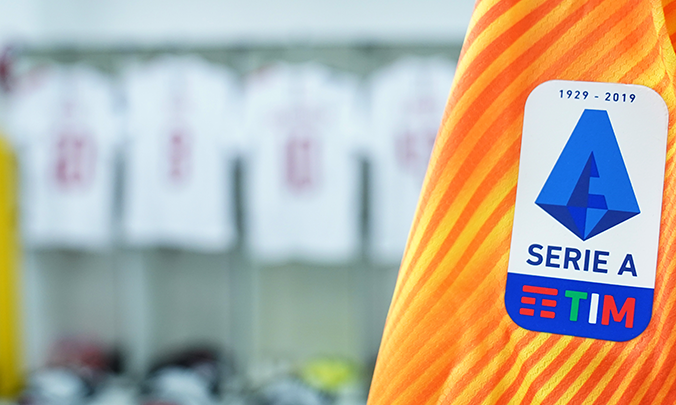 The coronavirus pandemic has disrupted many sports calendars this year including Italian soccer. Italy is one of the worst hit nations in Europe. It has struggled to control the spread of the virus for the past four months and its suspended soccer for almost three months. But, Vincenzo Spadafora, Italy's Minister for Sports met with Italian soccer officials to discuss the return of Italian soccer. Soccer fans will soon start wagering on Italian teams at Betway. In this article, we discuss the return of Serie A.

Italian soccer officials discuss various issues with the Ministry of Sports. Vicenzo Spadafora had a video conference with the officials a few days ago about the suspension of Italian soccer. The minister said that the meeting was successful and top-flight leagues like Serie A will resume soon. The Italian soccer federation assured him that it has other plans in case the curve changes. The government imposed a nation lockdown on March 9 2020 and suspended all sports events.

Serie A teams agreed to continue the tournament indoors on June 13. But, the government banned sports events until June 14. Thousands of pundits engage in soccer betting in Italy. They can predict the outcome of the Italian Cup final and semifinals later this month. The semifinals' first leg was played before March 9. Napoli defeated Inter Milan while AC Milan and Juventus drew. RAI state televisions owns the right for the Italian Cup games.

Spadafora stated that soccer fans can watch three important matches on public channels. But, if a staff or player tests positive for Coronavirus, the whole group will have to be isolated for two weeks. The rest of the Serie A season comprises 12 rounds and an extra four games that were postponed in the 25th round. Juventus is one point ahead of Lazio and it is trying to win its 9th consecutive Serie A title. Inter Milan is the third team in the standing.

Serie A might be the fourth top-flight soccer league to resume this season. The Bundesliga resumed last month while the English Premier League and La Liga will return in a few days. The league might resume before June 20, after the Italian Cup and before Coppa Italia. Spadafora told Sky Sports that the Italian soccer federation needs to ensure safety in all games to prevent the spread of COVID-19 amongst teams.

Serie A released the official schedule of up to matchday 35 on its website. It is still discussing the last three rounds and it will communicate them soon. Torino will face Parma while Hellas Verona will face Cagliari on June 20. All the remaining games will be behind closed doors.

Giuseppe Conte, Italian Prime Minister announced on March 10, 2020, that the government had suspended the Serie A season until April 3. The Italian Football Federation (FIGC) extended the suspension up to June 14. The ministry of sport gave Serie A to restart on June 20 after Spadafora met with the country's soccer authorities. The Italian Federation is planning to end the current season on August 20 and begin the 2020/2021 season on September 1. Italian soccer fans can check real-time match updates at Betway.