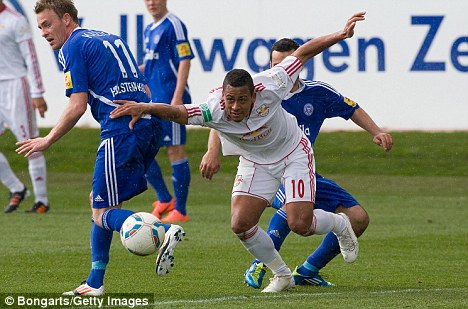 Inter Milan had offered a reported £21 million plus bonuses for the wantaway striker in a mandatory purchase option by the end of the season, while AC Milan stalled the talks as they only committed to a six-month loan offer.

However, the club's CEO Adriano Galliani has allegedly met with Manchester City representatives and changed their bid in order to get level with their rivals. Galliani has claimed Milan and Tévez have agreed personal terms for quite some time and Moratti believes the agreement between both clubs is near as he admits defeat in negotiations.

When asked if he thought Tévez would dress in Rossoneri, Moratti said to Canal Plus and the BBC: “I think so.”

City are looking to give the Argentine an urgent exit following his bust-up with manager Roberto Mancini.