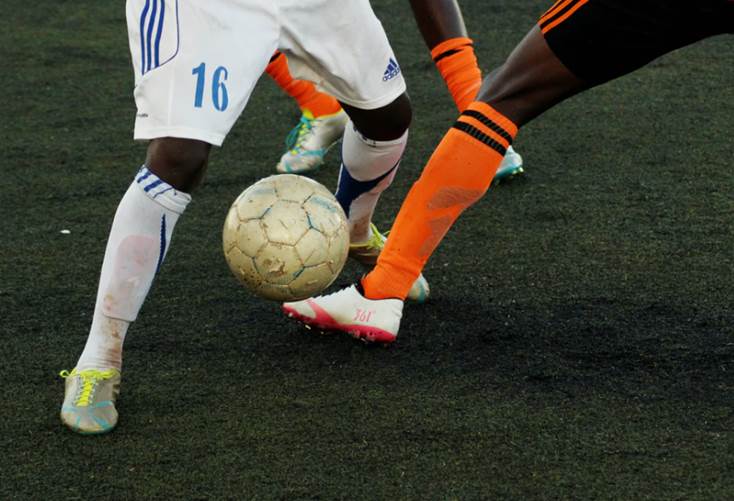 The ancient Greeks and Romans

Football or soccer is one of the most popular games in the world, and this is not to confused with American football. Football, as we know it today, emerged in England but different countries claim that it originated from their lands. In regards to ancient Greece, there was a team game known as 'episkyros' which was known to exist in the 4th century BC. Similarly, a Roman game by the name of 'Harpastaum' was very popular during the same time, and the idea was borrowed from the Greeks. One of the most exciting facts which decline their claim to the origin of modern football is that both these traditional sports forms involved players running around with the ball in their hands trying to throw it over to the opponent's side beyond a demarcated territory rather than kicking it to the post, these games were also known to be very violent, and players will end up with broken bones, it required to intelligence just brute strength, as a result, it is safer to call them closer to rugby than football.

Chinese Cuju- a sport for the upper class

Around the third century, the Chinese had developed a game called the 'Cuju', and there are different ways to pronounce and spell this word. The core idea of the game was to kick the ball through an open net without the use of hands. Still, here personal skill development was significant that scoring goals as earlier fouls were formed on a different idea, mainly if someone kicked the ball outside the playing area so that the players made fewer mistakes and the sole focus could be shifted to scoring goals. Cuju was primarily played by the upper classes only and began to decline during the Ming dynasty during the 14th century due to sheer negligence. There are many accounts of similar games being played around the world, for example by the Eskimos of Greenland, the Native American people, all the way to the indigenous population of Australia.

The kingdom of Britain- where it all began

Britain saw a rise of 'mob football' in the 9th century which was a rather large and crude version of football, here two towns would contest against each other in a football match. To win, one village will have to get the ball across the church of another city, the only difference it carries with today's football is 'mob football' was played with hundreds of people rather than two teams. There were no specific rules to the game, except two, players will not be involved involuntary manslaughter and murder.

It was absolute madness, and for the next few centuries, this form of football was banned by the likes of King Edward the III and King Henry the VI. During the 16th century, private schools in Britain thought about experimenting with this sport to enhance the feelings of teamwork, although it did not change at once. Still, with time, things like lines, referees, coaches, rules about fouls and other things got integrated into the game and paved its way to becoming an international sport.

Fun fact, coaches were called training masters, and it is in 1848 that football and rugby were finally separated by ruled defined by Cambridge which made the game more kicking based rather than a hand-thrown sport, it is the same time that the off-side rule was created to make sure that fair play could have more prominence. In 1851 Richard Lyndon and William Gilbert came up with their new round and oval-shaped balls at the great exhibition in London, these were the first footballs with rubber bladders, finally in 1857 the first football club, Sheffield FC was formed, and the rest is history.

Gambling has been an indispensable part of human culture since the dawn of time, and sports have been one of the most significant contributors to all kinds of gambling platforms. For some people, gambling is a form of entertainment, for some it’s a profession, and for some, it is an addiction. Although the sports betting industry thrives well in the real world, it is more present in the black-market sector and under the table deals. Gambling on football is both math and art, with 11 players on each side and hundreds of factors which might change the game, it is one of the growing industries and amounted to more than 6 billion US dollars in 2017, growing at a rate of 4.2%. There are lots of choices when it comes to online gambling in Florida, Nevada, Iowa and NJ.

Football is one of the most popular games around the world with countries trying their level best to get selected into FIFA, as of the 2017 season, the football market was more than 28 billion US dollars, and that's just in Europe. It is a speculation that in the coming decades, ' Chinese investment companies will rule over the international football market after FIFA opened its doors for foreign investment in 2018.