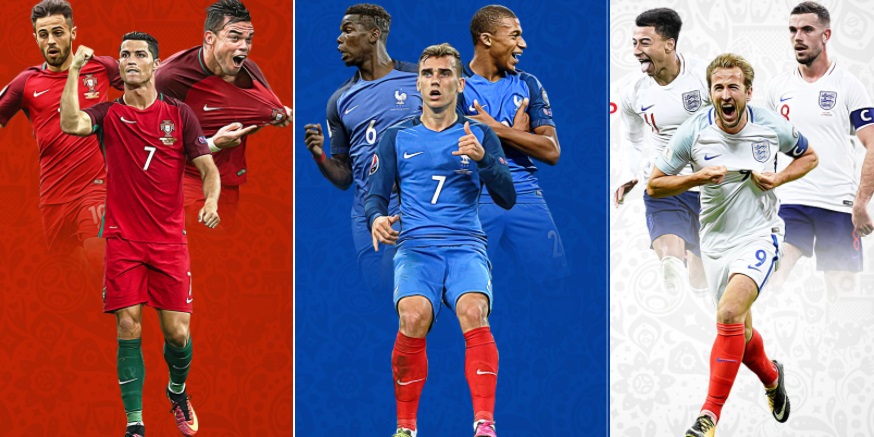 It has now been five years in the making, but on 11 June, football fans across the world will finally get their chance to savour the latest edition of the European Championships. Euro 2020 was pushed back 12 months due to the coronavirus emergency and resulting lockdowns enforced across much of the continent.

Now the scene is set, and 24 teams enter the group stages, hoping to battle through their three matches and pick up enough points to secure a place in the knockout stages of the competition. Unlike in previous years, there is no one host nation for Euro 2020. The games will be spread across 11 cities (after losing Dublin), and fans will be permitted entry to the stadiums and designated fan zones.

For many countries, Euro 2020 will be the first time spectators have been allowed inside stadiums for more than a year. They will be desperate to make the most of the occasion and help roar their favourite teams to victory.

The scene is set, the players are ready, the fans are ready, and the bookies are ready to accept your bets. Are you ready? 888Sport are accepting bets on who the top goalscorer will be. Which player are you backing in the betting on the Euro 2020 leading scorer?

Let’s take a look at some of the top players to look out for at Euro 2020, covering young stars and veterans.

He is showing no signs of slowing down with age, but there’s no denying the fact Cristiano Ronaldo is approaching the end of his international career. Could this be his final European Championships? Will he still be in the running for Euro 2024?

If Euro 2020 is his last, then CR7 will want to go out with a bang. Juventus had a nightmare season, losing their Serie A title, but Ronaldo finished the campaign as top scorer. Cristiano Ronaldo is the biggest name and has been for years. He will light up the tournament again and will be behind everything good about the holders Portugal.

Harry Kane is the early favourite in the betting for Euro 2020 leading scorer, and the Tottenham striker will be popular. He is another who played in a disappointing season for his club team but did end the Premier League season as the top goalscorer.

Kane will be an automatic starter for England in every game they need him, and the striker is sure to get plenty of quality service against Scotland, the Czech Republic and Croatia in the group games. He is good enough to score plenty of goals in those three matches and can be relied on to keep his cool in the later rounds.

At 32 years old, it seems unfair to refer to star striker Lewandowksi as one of the veteran stars of the competition, but, like Ronaldo, this could be his last Euros. Poland isn’t expected to win the trophy, but Lewandowski is the standout for the team and has already proven his eye for goal at this level. He will hope to score the majority of his goals during the group stages and will want to hit the ground running. If he can do that, then we’re sure Lewandowski will feature amongst the Euro 2020 top scorers.

The Polish attacker is priced at 20/1 pre-tournament to be Euro top scorer, and that price is sure to catch the eye of the value hunters. He’s certainly better than his odds and has more of a chance to win the golden boot than the traders would have you believe. You can back Lewandowski for top scorer at 20/1 with 888Sport or go each way. The place terms on that bet at 1/4 the odds the first four in the betting.

Others worth a mention

Other players worth a mention in the Euro 2020 top scorer betting with decent odds available at 888Sport include Romelu Lukaku 13/2, Kylian Mbappe 8/1, Karim Benzema 16/1, Memphis Depay 18/1 and Ciro Immobile 20/1.

When placing a bet on this market you are attempting to predict which player will score more goals than any other from any time for the duration of the Euro 2020 championships.