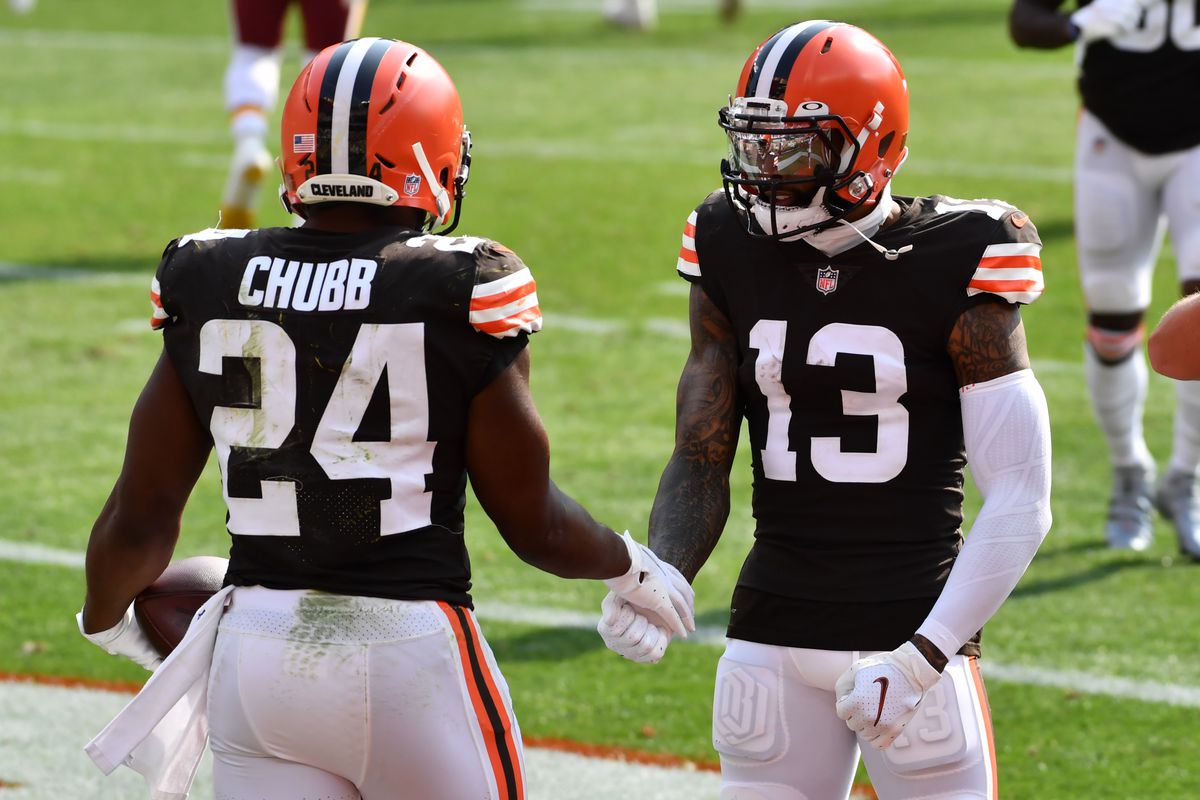 The Cleveland Brown put themselves in the history books this week during their 41-16 win over the Cincinnati Bengals. Their mammoth thrashing at the Paul Brown Stadium saw Kevin Stefanski’s side become only the fourth to include a passing touchdown, rushing touchdown, and a defensive touchdown of 60-plus yards, all in the same game.

Indeed it’s the first time a team has achieved the feat since 1967, and it’s a win that the Browns needed in order to get their push for the AFC North, having lost to the Steelers the week before.

The win might well lead to further betting action on the Browns this season, and on that note, a quick visit to the sidelines.io sports betting predictions website shows us that you can get (+1600) on Cleveland winning the AFC and, if you are feeling extra lucky, (+3000) on a Super Bowl title.

Their chances won’t be helped by the fact that they’ve decided to release wide-receiver Odell Beckham Jr, with his exit complete and a raft of teams looking to pick up the 29-year-old star.

Beckham has made it clear he only wants to hear from teams with winning records and those who can meet his demands, as well as the $7.25m left on his Browns contract. It didn’t help that his father took to social media to post a video containing the number of times QB Baker Mayfield didn’t throw him the ball.

It’s a situation that the Browns and Beckham Jr. are keen to resolve swiftly. It’s worth noting that the former New York Giants player hasn’t had the best of seasons thus far, making just 17 catches in his six games for 232 yards and zero touchdowns.

Mayfield made it clear he has no hard feelings about the situation, stating;

“I wish him well; I really do. My feelings haven’t changed. From a personal standpoint, he’s a good friend of mine. … But I’m worried about the guys in our locker room. I’m proud of these guys, how they were able to focus up despite all the bulls–t that was going on this week, and how they were able to do their job. We’re going to see if we can build on it and continue to get better.”

Their big win over the Bengals did include a large number of penalties, and that’s an area that Stefanski is keen to clear up if his side is to compete in the postseason;

“We’re not a disciplined football team right now when it comes to penalties, and we’ve got to get it fixed. We’re very close to being the worst in the league, and that’s an undisciplined team. That is what losing looks like. We have to clean that up because it is going to come back and bite you if we do not.”

Next up for the Browns is a tough trip to the Gillette Stadium to take on a New England Patriots side who have won three in a row.