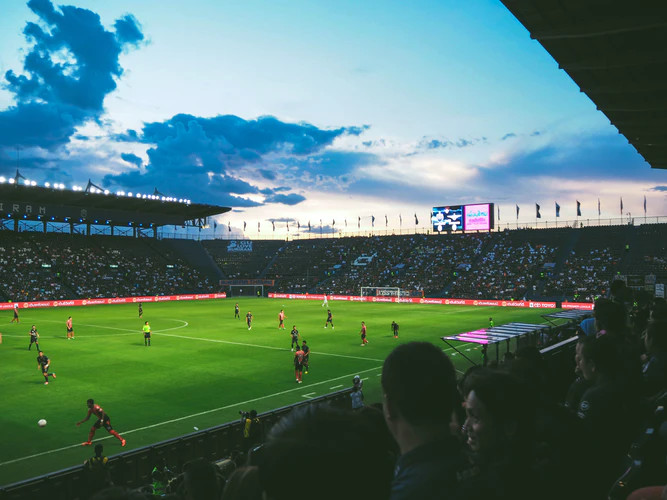 Soccer coaches spend a lot of time analyzing their teams and other teams to formulate the best possible formations for their players. Using the right type of formations for your players can greatly strengthen their ability when it comes to attacking and defending against opponents.

The right type of formation can also help players perform better and have higher morale on the pitch. There are several different kinds of formations available and initially, it can seem confusing trying to pick the one that fits your team best.

This post takes you through some of the most soccer formations top coaches use as well as the reasons for using certain formations.

The formations of a soccer team are created by the manager and coach and they help players have a clear understanding of what role they play on the pitch. When every player understands the formation, they’re able to work more effectively as a single unit, rather than as individual players.

Using formations also helps coaches and players create set pieces and tactics when it comes to defending and attacking.

Coaches and managers can come up with a wide variety of formations that can become more complex, depending on the team. This post covers what some of the most common soccer formations have to offer.

4-4-2 is one of the most commonly utilized soccer formations across the world. A big reason for this is because it’s very simple to understand and put into action. As a result, players always have a clear image of where they should be on the pitch to work better together.

Furthermore, 4-4-2 provides an even number of players through the defense, midfield, and forwards. It’s an ideal formation when it comes to playing on the offensive due to how it enables two players to be in the forward position.

A common tactic that teams take when using the 4-4-2 formation is using one player who’s more athletic and fast, along with another forward who’s stronger and bigger. This can prove to be more of a challenge against the opposing team as they’re trying to defend against two different forwards who have varying playing styles.

For soccer coaches and managers that want to emphasize how their midfielders perform, the 4-2-3-1 is one of the best options to consider. This is because it allows up to six players to be playing in the center of the pitch which can help your team dominate possession and improve the odds of scoring on attacks.

This also means that opposing teams may struggle when it comes to attacking as they have to first get through your midfielders before getting to your four defenders at the back.

Since there are five midfielders, an effective tactic is to have two of them drop back and have the other three go on the attack to provide more support to the one forward player.

The two midfielders who are playing on each side of the pitch have a crucial role in this formation as they have the ability to cross the ball in or cut in through the middle of the pitch when attacking.

Coaches who are looking for a more flexible formation may be interested in what the 4-3-3 has to offer. This is due to how the 4-3-3 allows players to play either more on the offensive or defensive.

Therefore, the 4-3-3 formation is difficult to play against as it’s versatile and can change from offensive to defensive quickly. Many soccer coaches are fans of the 4-3-3 due to how they can make super-fast changes and decisions without the formation changing.

This can also help players feel like they have more creative freedom when playing to create more scoring chances.

For example, when the opposing team is attacking, two of the midfielders can drop back to help out the four defenders. The one other midfielder can stay further up the pitch to help the 3 forward players in the case that the ball gets played up the pitch for an attacking move.

The Italians are known for utilizing the 3-5-2 formation due to how many other teams didn’t use it as often. This provided them with a unique way to play against opponents with a strong defense.

The 3-5-2 formation seems like a more offensive formation, but in reality, teams use it to strengthen their defensive tactics. This is because the three defenders can keep each other covered well if the opposing team is on the attack.

There are also 5 midfielders, which means three or four of them can drop back to boost the strength of the defense even further.

Coaches who are looking for a tactic that highlights their defense would be able to make good use out of the 4-5-1. Having a strong defensive tactic doesn’t mean that you aren’t looking to score goals.

In fact, a formation like this can be incredibly effective for counterattacks. This is because of how the formation allows for midfielders to drop back and help defenders so that they can gain possession and play the ball up the field to the other midfielders and one forward.

This also isn’t a formation for teams that are looking to score lots of goals. It’s a slower-paced formation that can be incredibly difficult for opposing teams to play against.

Now that you know more about what some of the most common soccer formations have to offer, you can have an easier time implementing them or understanding the tactics of other teams whilst watching games.