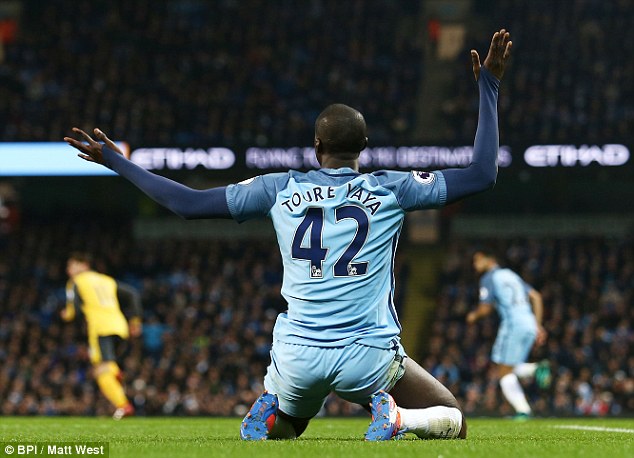 Yaya Toure has expressed his wish to make history at Manchester City, as the club could be very close from claiming the Premier League title after a 44-year drought.

"We know it's going to be tough, but I believe in this team, I believe in the players we have. We have one match left to play at home and we have to deliver in this game," the Ivorian said to the club's official website.

"Forty-four years is unbelievable, it is too many years. I have always said I came to think club to make history even if some people said I came for different things."

"That is my first objective, to help make the club into a successful football club."

The 28-year-old midfielder, who scored nine goals and made eight assists, this term, was also full of praise to the Citizens foreign owners, as the Premier League title approaches.

"They have signed big players and they want to make this club a great club, one of the best clubs in Europe, and they are going the right way."

"Last year, we won the FA Cup and we have to continue like that and next week try to win the game against QPR."