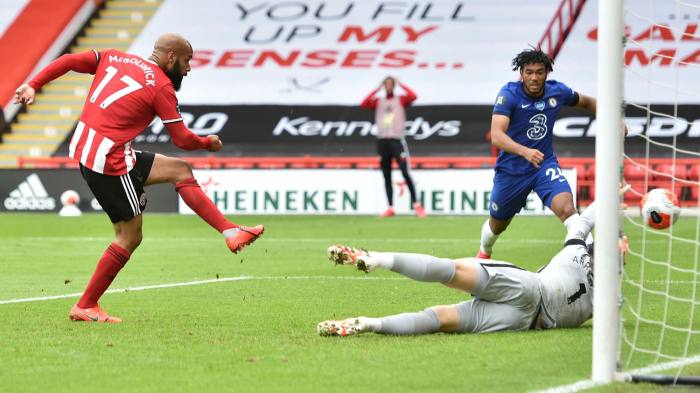 COVID-19 has affected many facets of life and football hasn’t been spared by this deadly virus. The global pandemic led to the suspension and postponing of professional football on various countries. This was after the government advised against large crowds and people were to practice social distancing. By Mid-March, Belarus was one of the few European countries that continued its football league with fans in the stadium. However, domestic professional leagues were continued for economic reasons and also to preserve the league’s integrity.

Although life has returned to some normalcy, the pandemic has managed to create some long-lasting effects on professional football leagues. The FIFA organization put up some regulations on 7th April so as to try and alleviate the effects of COVID-19 on the teams and stakeholders involved. This hasn’t just been a big issue for football leagues, but of course for other important sports like cricket, its players, fans and bettors as well. If you are the latter, you might want to check out www.cricketbettingadvice.com to find the betting best odds for upcoming cricket matches. Cricket might not (yet) be as popular as football, but the cricket-fanbase is going strong nevertheless. Many fans love to bet on their favorite team – which is now even easier thanks to the internet with online betting providers.

When the virus hit hard at around January especially in countries such as Italy and England, the leagues were forced to stop everything as they were advised by medics to try and flatten the curve. The 2019/2020 season was halted indefinitely as some players tested positive to the virus. All the involved investors were hurt by this action but there was no other option better than to keep safe.

The meeting that was conducted on Friday the 3rd of April by the shareholders decided to put the health of the fans, coaches and managers at the forefront. Therefore, they decided not to commence the league in May as it was planned. It was also agreed that the 2019/2020 season wouldn’t continue until it was deemed safe to do so. On the 16th of May the top league of Germany became the first league to resume after an almost two-month suspension. It was nevertheless done differently as it was done on empty stadiums. Various countries followed suit while other countries decided to end their leagues prematurely.

The league has been in constant communication with the government and various public agencies to sought advice and ensure that any decision made would be in harmony with everyone. As you can tell, once the leagues were suspended many people underwent some significant losses. Especially, the investors such as betting companies. With punters not being able to bet many betting companies went through some significant losses.

These donations were meant to support the vulnerable people in the society such as the elderly and orphans who were hurt more by the pandemic. One can say that the football clubs have played a role in uplifting the community in this trying time. The employment contracts of expiring and new players have also been affected though not significantly following the suspension of the 2019/2020 premier league postponement.

The revenue of various clubs in the premier league have decreased by 1 billion euros following the stop of fixtures of the 2019/2020 season. Additionally, it’s been said that that 500million euros have been lost permanently following the delaying of games and the games being played on closed doors. As the league loses its revenue so does the governments and hence everyone is undergoing some sort of loss.

The loss of revenues by various clubs has resulted in the clubs borrowing money from banks and other financial institutions so that they could tackle the problems that they experienced as a result of the corona virus pandemic. Richard Masters, the chief executive of the Premier League, announced that the organization was giving a 1million aid to the Women’s super league so as to alleviate the problems that these leagues were experiencing. Ever since the virus hit the European countries, professional football clubs like Wigan Athletic, have had to call upon the help of the administrators as they were affected negatively by the pandemic.

In North America, once the virus hit, the premier league was forced to suspend some leagues such as the women’s league up to a later date of 10th May but as the spread continues to resemble that of wildfire it is highly unlikely that the league would ever resume. We the afootballreport.com predict that the amount given to players would actually reduce since the revenues being received by these clubs have reduced too.

The employment of players has been predicted that it would reduce as there is no money being earned by clubs. All this loss of revenues has been brought about by clubs playing in empty stadiums without the fans. Clubs are set to be affected negatively when it comes to scouting for players. They will have to exercise caution especially due to the fact that travel restrictions have been put hence it would be hard to see the player playing in real flesh. Video scouting would be the only reliable source of information when it comes to scouting.

However, there were some positive effects of COVID 19 as every cloud has a silver lining, the football clubs were able to lend a helping hand to the nearby communities by making donations of every kind. Experts have said that the recruitment of players would actually change for the better as more youths would be enrolled more in professional leagues. Such players usually come from small football clubs and thus when big clubs buy such players, these small clubs would be uplifted economically. Another advantage of such a situation is that the young players would acquire helpful experience at a younger age.