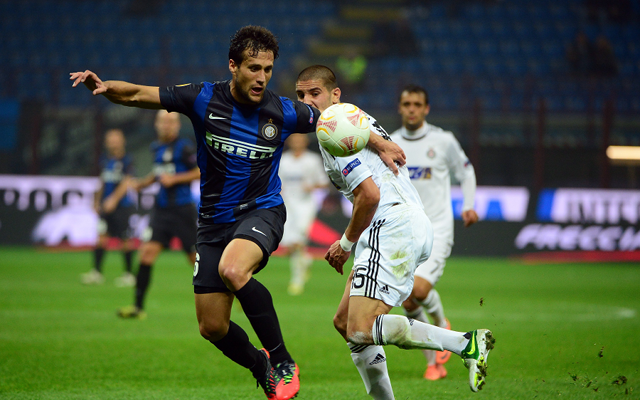 The 28-year-old Argentine made only six Serie A starts for the nerazzurri last season, in a a loan from Palermo that then saw him join the club permanently.

Silvestre did not take part in Inter's pre-season training squad by new manager Walter Mazzarri, but the club had rejected approaches from Parma and Genoa, before Milan offered the former Boca Juniors player a one year loan deal.

"I had hoped for a high level solution, and luckily Milan remembered me. I couldn't hope for more," Silvestre stated.

"After I came back from an injury last summer, I tried to force my way through. Then the coach (Mazzarri's predecessor Andrea Stramaccioni) changed the scheme with a three man defence, and the results arrived.

"Everything has been difficult for me, but now I'm serene. Milan play with a four man defence. I feel good and looking forward to undergoing tests with Milan."